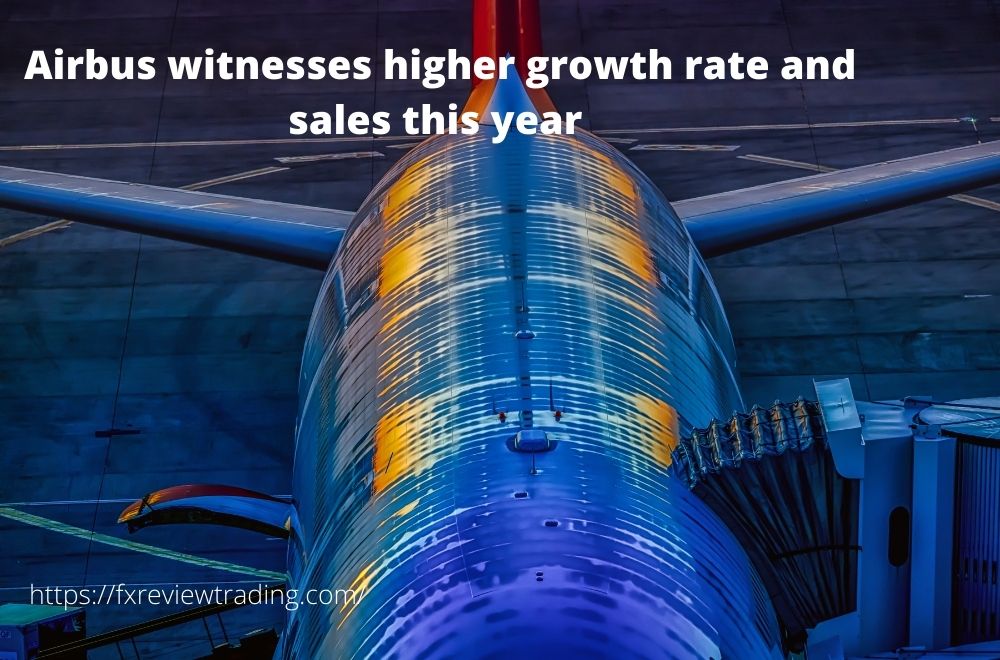 After reporting lower sales in the fourth quarter as it delivered fewer commercial planes, Airbus SE said Thursday that it expected better earnings and aircraft deliveries this year.

The European planemaker said it aims to deliver 720 commercial aircraft this year, up from 611 in 2021, and 5.5 billion euros ($6.26 billion) in adjusted earnings before interest and taxes, compared to EUR4.87 billion last year.

This year’s free cash flow, excluding mergers and acquisitions and customer financing, is expected to be roughly EUR3.5 billion.

In the fourth quarter, Airbus had a net profit of EUR1.58 billion, compared to EUR1.55 billion the year before.

Fewer plane deliveries, as well as reduced revenues at its helicopters and defense and space divisions, resulted in a 14 percent drop in revenue to EUR16.99 billion.

Airbus’s adjusted EBIT plummeted 18% to EUR1.5 billion, according to the company.

According to the firm, a dividend of EUR1.5 per share would be proposed for 2021.

At the end of 2021, Airbus had EUR3.52 billion in working capital before acquisitions and mergers, and customer financing.

Coffee companies such as Luckin Coffee (LKNCY) and Tim Hortons have raised their beverage pricing in China, blaming many variables such as rising operating costs, according to Starbucks (SBUX).

Investors digested the tense situation on the Ukraine border, the minutes of the latest Federal Reserve meeting, and a deluge of corporate earnings as European stock markets traded in a mixed manner Thursday.

Nestle intends to defend its margin this year against cost challenges. In the fourth quarter, it increased prices by 3.1 percent, up from 2.1 percent in the third.

The business proposed a dividend of 2.80 Swiss francs per share after its net profit increased 38.2 percent to 16.9 billion Swiss francs ($18.34 billion).