Venture Capitalists and their role in the Crypto Market!! 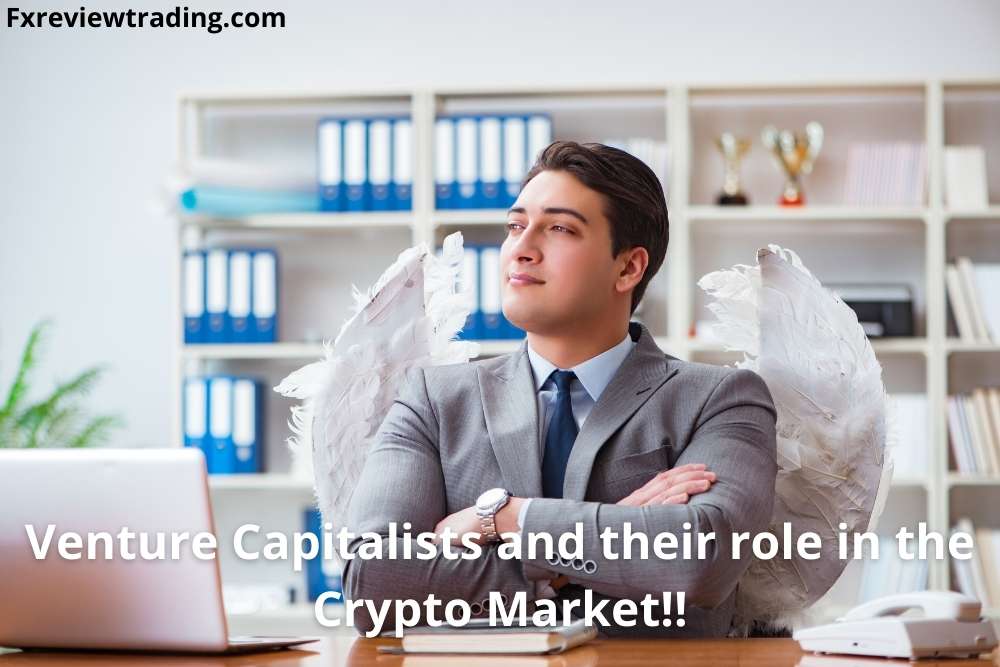 Venture capitalists are investors who provide funds to startups or small companies. They invest after making sure the beneficiary companies have high growth potential. Still, the high failure risk accompanying the potential return makes the decision difficult or costly.

One of the qualities of venture capitalists is their risk-taking capability. As a result, they also enjoy the fruit of higher returns. That is because they invest in companies in exchange for an equity stake.

The first and foremost venture capital firms in the U.S started in the middle of the twentieth century. George Doriot completed his business degree in the U.S and became an instructor at Harvard’s Business school. In 1946, he founded the first publicly traded venture capital firm, American Research and Development Corporation (ARDC).

ARDC was notable because it was the first startup to be able to raise money from sources other than wealthy families. In the past, young businesses went to affluent families like the Rockefellers or Vanderbilts for the funding they required to expand.

The ARDC rapidly had millions from insurance and educational institutions in its account. Alums of the ARDC built companies, including Morgan Holland Ventures and Greylock Partners.

Venture capital is a $300 billion business with investments expected to reach a record $584.4 Billion by 2027.

Crypto is a growth investing platform. Most of the investors are turning their attention towards crypto. Investment bankers and venture capitalist sees crypto as the next gold rush. So, many traditional and retail investors are flocking to the crypto space.

Since 2013, crypto startups have raised funds for their project using token sales in an initial coin offering process. Most stablecoins are performing well today and raised funds through ICOs in their initial stage.

ICOs are for gaining funding from all retail investors. There is no regulation or barrier to participating in investing. They also allow startups to raise funds without taking on any debt or giving away company equity.

As crypto is also coming up with several equities, mainstream investors are coming to view them as viable investment vehicles.

Last year many VCs filled the crypto market with more money than all three combined. According to the report released by Galaxy Digital, nearly 33 billion dollars have been invested in crypto and blockchain startups so far.

(As you might expect, VCs are also using ICOs since they allow them to invest early in new cryptocurrency firms without having to help with networking or marketing. In addition, although a vesting period is necessary for first token sales, VCs can cash out tokens far faster than they could sell an equity investment.)

THE GROWTH OF VENTURE CAPITALISTS:

At the start of the crypto, there were few VCs to invest in token or blockchain development. But when crypto started to grow, VCs also started to grow. As a result, in 2021, many poured their money into crypto and blockchain technology.

Even though the crypto faces a downtime or a bearish trend, the VC flow to the market hasn’t stalled. In 2022, the VCs invested nearly $10 billion in the first quarter, the highest quarter of any previous year. But this was not the case in 2018 when the crypto market faced a bearish trend.

Web 3, non-fungible token, DAO and emerging metaverse projects are grabbing the VC’s attention. As a result, they grabbed nearly 22 per cent of the capital allocation. Not only do these growing trends of crypto manage to get the best investment allocation, but the exchange platforms or trading also fetched 21 per cent of VC fund allocation.

WHAT IS VENTURE CAPITALIST INVESTING:

Venture capitalists are the group of investors who want to invest in crypto and make huge profits. It is the mining pool. Instead of investing individually in different projects, they decided to invest in a single project which could make a significant profit. VC funds are composed of a pool of investors money who wants to make some quick money in a short time.

These investors participate in the trading or investing followed by the invite sent by the fund managers. Fund managers research all the potential investors interested in crypto and send out a prospectus inviting them to join the club. The prospectus is a document selling them on the investment fund.

Before investing in any project, the VC reviews thousands of projects to determine growth potential. Venture capital firms often like to spread their bets. The small business holder can make use of it.

Startups and small businesses need VC support when they are not ready to go public on their own.

VC funds are no longer only interested in crypto unicorns, which are exceptional businesses valued at at least $1 billion, according to VC firms. The “pick and shovel” business strategy is becoming popular among VCs as they take advantage of emerging opportunities.

Pick, and shovel enterprises are crypto-related companies that offer auxiliary services to the same clientele. Startups that report on bitcoin taxes, software that charts cryptocurrency prices, and many more such companies.

Venture capital in a normal market means an investment made by a third party. Startups and small businesses are heavily in need of this investment. It is a form of an equity fund that targets emerging industries. Once after investing in the industry, the VC waits five to ten years.

After that, it is a process of growth, development and execution. At the maturing stage, they will make their return based on the company’s growth. And the process repeats.

When investing in the stock of businesses operating in the industry (companies like Coinbase), crypto VCs often invest in tokens. Additionally, when their Limited Partners (LPs) inquire about their investment in specific projects, they enter the market later than they would have otherwise (as SBF suggested).

The Crypto venture capital model is quite different from traditional venture capital. If the price of a token that VC purchases after an LP request surges, the VC can profit by selling it on the open market, possibly years or even months later.

The traditional venture capital has no liquidy as they are only a startup, but they expect good returns in the promised period. However, they are taking the risk by staking their money in one place for five years which contains a major risk. So they feel they should get the returns based on their risk.

Crypto VCs may easily enter and exit trades as hedge funds, thanks to token investments.

An enormous amount of money flushed into the market in search of investments in recent years certainly contributes to some degree of “FOMO” in traditional venture capital.

However, another time might be better to discuss the headline fundraising figures promoted by token investing VCs (and perhaps another author).

VCs, find startups with a high potential to grow. Then they help with funds and guide exchange for an equity stake in the company. VC funds are the funds of different investors hoping to get high returns despite the high risk.

Venture capitalist likes to invest in the companies only when they are familiar with their name, work skill, background, knowledge, experience and professional network, enabling them to guide and support the team. So they invest in a company with an experienced management team and big aspirations. They also consider the idea of the product, which has to be a unique and never-seen-before-product.

After investing in the company, venture capitalists keep an eye on in-house teams like business management, marketing, and public relations.

VCs rarely finance startups at the concept stage. Instead, they usually provide financing to businesses with a finalized product and wish to grow. But because cryptocurrency firms don’t raise capital the way established companies do, VCs have had to change their approach to investing.

Taking up venture capitalist support in crypto will have advantages and disadvantages. VC firms expect higher returns which translate to equity with a potential quick exit. So, there would be pressure to deliver quickly. And there is also a major advantage to being a recipient of venture capital. They give crypto startups an air of legitimacy.

Considering the volatility of the crypto market because of the constant inflow and outflow of capital, the entry of more capital from VC will help to stabilise the market. Therefore, more capital and means of that capital flow become important for the sustainability of the Crypto market, where the role of exchange becomes crucial.

Reliable, secure and transparent exchange is the need of the hour. And InvestBy exchange has entered the market to fulfil that need. InvestBy is an upcoming exchange offering amazing early signup perks to its users.

What are you waiting for? Signup with InvestBy and become a part of an exchange that will create a history.

VC funds have excellent fund managers who specialise in company valuation. So they will do a lot more reviewing the soundness of the project and the team’s ability and also research the marketplace and the community to forecast profitability.

Despite the drawbacks, VC investment helps to build fantastic relationships and excels at establishing connections across various industries. Therefore, a VC firm’s contacts may be helpful should any challenges arise in an unfamiliar domain.