What is the Yield Curve? How is it Beneficial in Forex Trading in 2021? 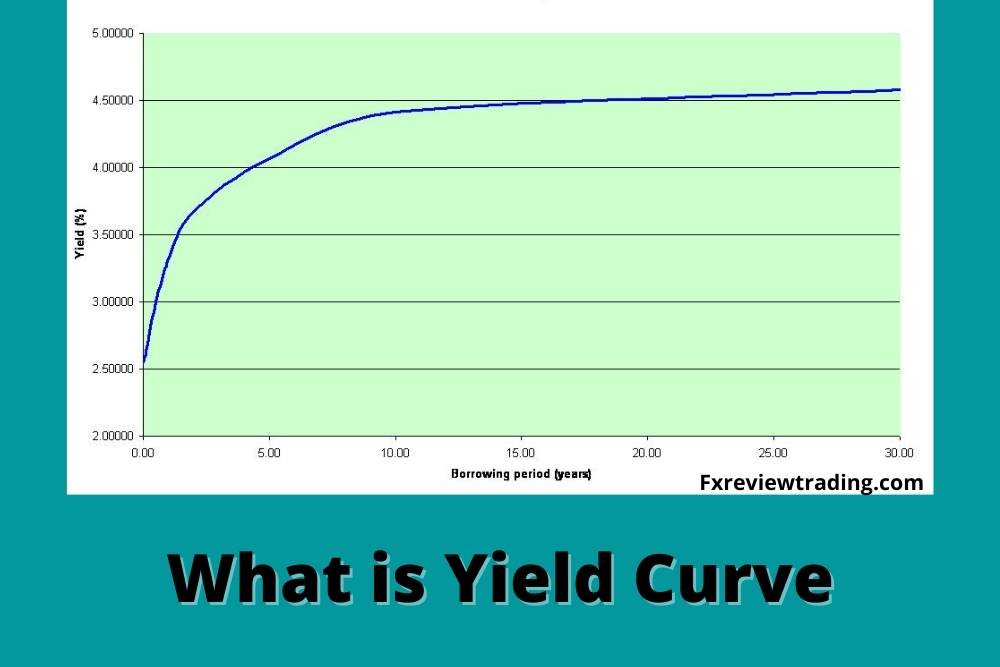 While making investments in the forex, Knowing Yield curves can be a great plus, one with all the knowledge that the trade might already hold.

The Yield curve knowledge can help you avoid losing money. As a different POV, you can always think of bonds as loans. Each loan has two involved parties: the lender and the borrower. The Yield is the interest rate that the bond issuer pays to the lender.

Bonds are more like debt instruments that can have long and even short term maturities. Maturity is the definition of the time that passes before the complete interest as promised by the issuer is paid back to the holder.

If the bond interest is plotted on a graph, the forex traders can hope to understand the future bond interest rates. With the help of this information, traders can decide when to buy or sell the currency pairs to earn their profits.

The most used Yield curves generally compare the three months, two years and 30 years US Treasury debt. This Yield curve is taken as a benchmark for any other debt in the market, like the bank lending rates and the mortgage interests.

Three different types of yield curves predict the economic growth of an economy.

The normal yield curve is an upward slope and will show that the short-term bonds will pay lower interest rates than the long-term bonds. This also makes sense because long-term bonds have to count the effects of inflation and other risks induced when bonds are held for a longer period.

The flat curve predicts a transition of the economy. The transition depends on a lot of underlying factors. In general, the flat curve indicates that the long term rates will be similar to the short term rates. This can be good for the borrowers and specifically those who borrow the bonds at a variable rate.

For the investors, it indicates that there are not many money-making opportunities in long term bonds.

What is the relation between yield curves and stocks?

Theoretically speaking, the stock market and the interest rates have a negative correlation. This is because the DCF model determines the value of stocks. This model discounts all the cash flow that might happen in the future by using the interest rates. If the discount rates fall and the cash flows remain constant, this would indicate a higher stock valuation. To put it in simple terms, when the interest rates are low, people want to look for alternative investments like the stock and the forex market.

How to use the yield curve in forex trading?

The forex carries trade strategies that use the short term interest rates as a signal. New research has suggested that the yield curve holds important information on the risk and the monetary policies. To be precise, the yield curve up to a limit will indicate what speed the short rate adjustment has against the long term yield.

Because the relative curvature between two counties I a measure of the relative monetary policy, it is a valid signal for forex trading. However, recent research also suggests that this signal is of significant importance.

The trading based on curvature has a tendency to produce larger ratios and skewness that is relatively low on the negative factors compared to different Forex carry strategies.

The currencies with a high interest rate are known to grow in value rather than plunge in the short term. The carry trade uses the failure rate of the interest parity as it borrows one currency at a lower rate of interest and invests the returns in a higher-yielding currency.

The traditional carry trade strategies do not take any information that is there in the yield curves that are beyond the short term interest rates.

The buy and sell signals for currency trading are based on the yield curve for summary and factors like the Nelson-Siegel factors. All the information in the Yield curve can be made smaller and put into three different orthogonal factors.

The slope, level and curvature. These three factors can be extracted from the OLS regressions.

The moving average three-month return of the Spot commodity index and the spread bid-ask spread of the Spot dollar exchange rate.

USD and some other “safe currencies” are specifically sensitive to the Exchange rate volatility and illiquidity, and they generally react negatively.

In addition, the commodity prices rise, giving thrust to the Surge-Speed of the currency value and the associated risks.

Apart from these factors for this particular metric, the exchange rate momentum and the value as specific pairs must be included.

It can be said now that the relative curvature factor has a signalling power of the surprise price movements and these signals are usually a month or six months ahead.

If the domestic curvature relative to the US curvature is low, the average depreciation of the US dollar is higher.

The currencies can be sorted for a portfolio based on the

Think from the shoes of the investor of the US dollar. The funding currencies are traded against the US dollar, and the returns are further invested in a third currency. All carry trade strategies are mostly symmetric, and hence, the exposure returns are usually in terms of the dollar.

The portfolio must have an equal number of funding and investment currencies. To calculate the net return in the portfolio, all the transaction costs and the difference between the nid and the asking price have to be considered.

The higher economic returns of the portfolios based on the curvy trades relative to the traditional carry trade strategies can be associated with better returns from movements in return to the exchange rate that mostly offsets the lower rate of returns. Apart from this, it is evident that the negative skewness does not apply to the curvy trades.

The return distribution of the portfolios based on the exchange rate movements are less skewed, and hence, the tail risks are lower. The lower negative skewness is directly reflecting the specific set of investment currencies and the set of fundings.

For example, the trades based on curvature trades are more likely to crash because of the

Why should I use the yield curve in forex trading?

Almost all forex traders will understand early that the interest rates are the only driving force behind the movements in financial markets.

As the interest rates change, the currencies, debt instruments, and stocks readjust themselves to reflect that. This adjustment in terms of price mostly happens before there is an announcement that the traders can anticipate the rate fluctuation and revalue their positions accordingly.

Let us look at how a good understanding of the yield curve provides the traders with an idea of forecasting trends before they begin.

The yield curve is a chart that shows the market rates for different sets of terms or maturities. When Traders are trading in currency pairs, the yield curve in terms of two different currencies can tell a lot. The curve can tell where the economy might head, an idea of the interest cycles.

How Much Can Rate Change Move a Currency or a pair?

The exact number is a function of the rate difference, and the time the markets are expected to last. For instance, assume that the interest rate for EUR and USD is 3% and the spot price for the pair is 1.4.

There is no advantage in terms of interest. Now assume that the interest rate rises to 4%. The market now expects the USD rates of interest to rise 4% after a year because the rate parity concept is in place. If the trader sells USD and Buys EUR, he or she would gain a yield advantage of 1% over a tenure of one year. In forex terms, this will be equal to .38 Pips per day.

The traders compare the yield curves to figure out the long-term trends; the shape of the two curves has a lot of information in terms of the expectations regarding the interest rates and economies.

From there, the traders can figure out what will happen to the exchange rates. For instance, the spread between two curves can widen if the maturity tenure is long. This means that the traders can expect the interest rates to take different directions after a point in time.

If the charts of such cases are to be considered, then the bullish chart for the currency with a rate advantage is in an uptrend. In this case, if the widest spread is narrowed, then the trades can expect that there can be a further convergence of the interest rates. This is bearish for the currency since it has a narrowing yield advantage.

There are generally two phases in any economy—the growth and contraction phase.

During the growth phase, the clients have to pay a premium for holding a longer-dated debt obligation because of rising risks and inflation.

In the contraction phase, the economy is already in recession, and the interest rates usually drop. Since they are already facing a cut in interest rates, the bond investors feel like a 5-year bond that pays around 3.5% is good enough.

The ones that expect that the rates will fall will want a better yield, and hence they end up buying the longer-dated bonds.

The Yield curve is something that needs extensive research. Reading just a couple of articles will not help; having excellent research-based trading material is a must. The broker HFTrading is one of those online brokers that provide one of the best research materials to its clients and everyone.

The material is curated in the form of articles, Ebooks, On-demand Videos and Webinars. There is hardly anything that the broker does not have in its trading library.

HFTrading is the trading name of CTRL investments Pvt Ltd., and FMA regulates the parent firm. The traders can trade over more than 300 CFD tradable assets via three different trading accounts with the broker.