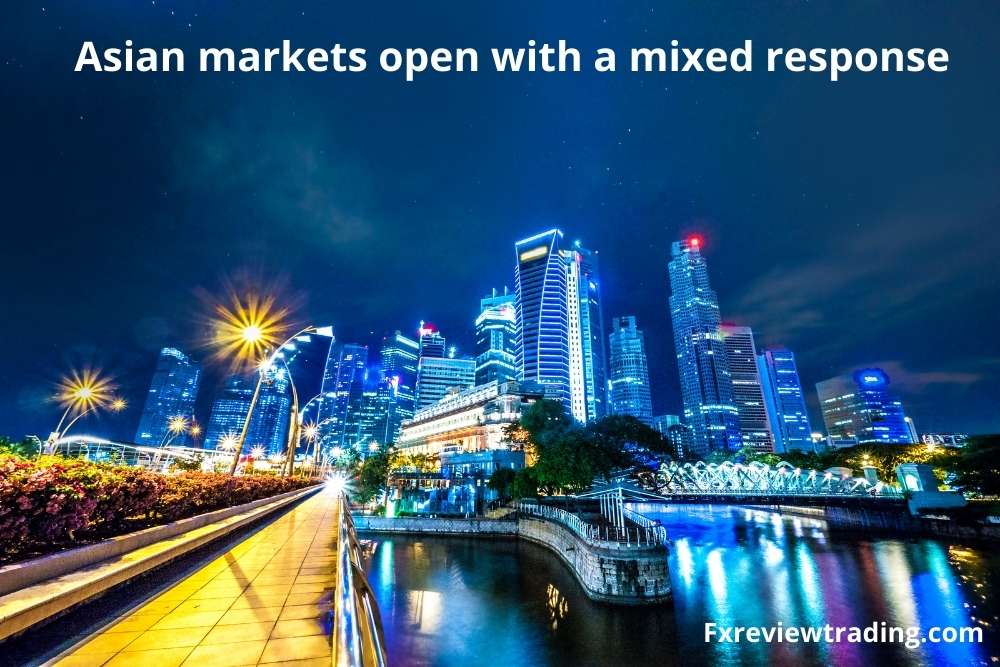 Monday saw Asian share markets opening to a mixed response after risk assets located support from the report of US October payrolls. However, it confronted another test in the week after reading the US inflation, that had the potential to infuse rush in the inflation rates.

Investors felt the cheer after the congressional passage of the USD 1 trillion infrastructure bill which was long overdue. However, the broader plans that see over social safety still remain elusive.

Data also showcased that over the weekend, China’s export went beyond the forecasts in October. It delivered a surplus trade. However, the imports got slowed that indicated slowing domestic demand.

On the other hand, Japan’s Nikkei plunged after making early gains. It dipped by 0.2 per cent after almost making it to the five-week high.

The blue-chip companies of China remained stuck in a range.

The Nasdaq futures lost 0.4 per cent after making gains during 10 straight sessions that led to the overextension of the index. Meanwhile, S&P 500 futures slipped 0.2 per cent. While EUROSTOXX 50 futures bombed 0.1 per cent and FTSE futures remained flat.

The US payrolls report that got released on Friday included revisions to a couple of months. The consumer prices may again see high readings following the tightness showered in the labour market. It has been integrated with global supply chains’ dislocation.

On the other side, around six Federal Reserve officials are slated to speak on Monday. Vice-Chairman Richard Clarida is likely to have the most attention while talking about ECB and Fed policy.

Interestingly, treasuries ended the last week on a high after some wild swings. It came partly after the significant drop in the UK bond yields.

On 10-year treasuries, yields plunged 10 basis points. They were at 1.47 per cent last week.

The drop gave some jolt to the US dollar that went past the one-year high post the payrolls data. The dollar index remained steady at 94.331 after hitting the pinnacle of 94.634.