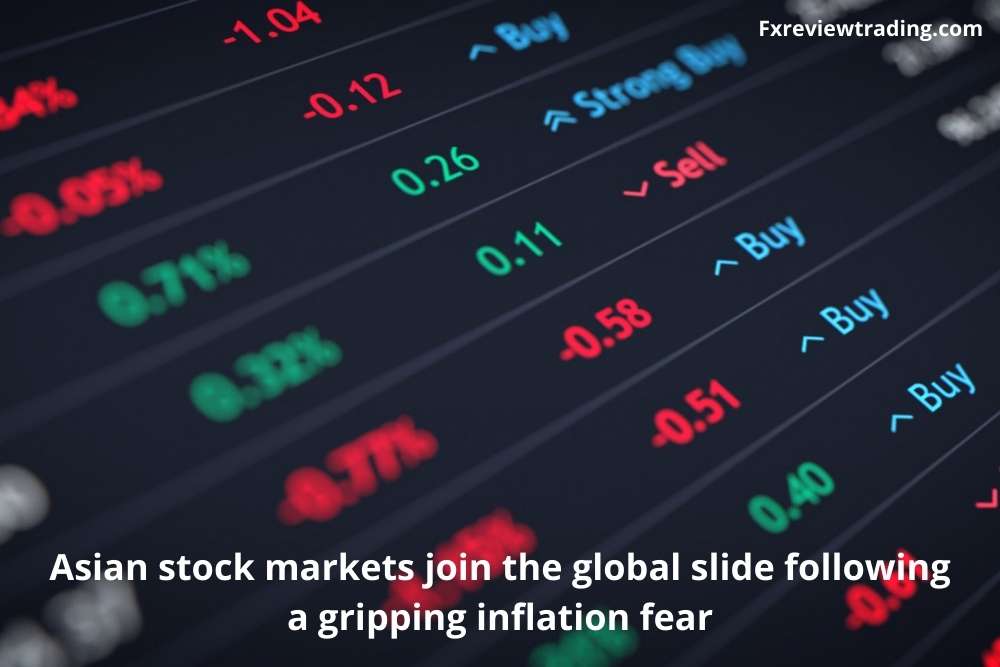 The Friday morning witnessed Asian stock markets dancing to the tunes of Wall Street’s dismal performance. The equities and bonds followed the risk sentiments that was aided by growing tensions and worries due to the peaking inflation globally. The soured atmosphere encouraged the market to slide into reds.

Japan’s Nikkei slipped 1.86 per cent. Meanwhile, the broader Topix inched down by 1.95 per cent.

South Korea’s Kospi edged down by 1.51 per cent while Australian stocks plunged by 2.05 per cent.

The Asia Pacific’s MSCI stocks tumbled by 1.07 per cent.

Head of research, Asia Pacific Rob Carnell at ING Singapore, said that the matter of stagflation was arguable but it was undeniable that the entire growth-inflation backdrop tilted toward unfavourable or less favourable one.

He added it was not necessary to know whether it was going to get embedded to create problems in coming years. However, the justification of it in the market was sufficiently scary.

Moreover, Nasdaq lost 0.49 per cent, adding to its Thursday’s retreat of 0.43 percent.

In Tokyo trading, the 10-year Treasury note benchmark continued its rally. However, the yield plunged to its lowers since September 28 at 1.48 per cent.

Interestingly, the dollar index touched its one-year high by reaching 94.504. Notably, it last changed hands at 94.326.

It is noticeable that Jerome Powell, Federal Reserve Chair on Wednesday, had said that Fed’s most urgent issues included the tension spurred up between high unemployment and high inflation. He acknowledged a conflict between full employment and the US Central bank’s goals of stable prices.

Meanwhile, China has rubbed salt to the wounds of investors due to power shortage, regulatory curbs on property and tech sectors. These concerns are pushing energy prices worldwide.