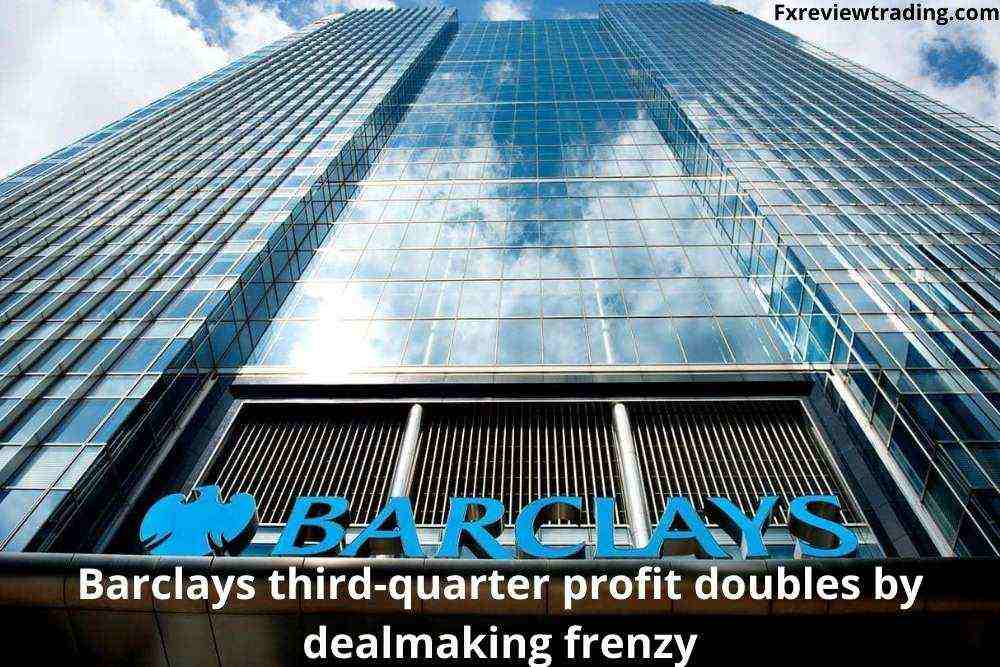 On Thursday, Barclays surpassed market estimates by increasing third-quarter profits, as it joined Wall Street rivals in reaping huge investment banking fees from a jump in advising mandates and stocks trading. It came after the company released $859 million in cash set aside for predicted defaults during the pandemic in the first nine months of last year.

The British bank made a profit before tax of $2.8 billion in the July-September period, beating analyst expectations of 1.6 billion pounds and more than doubling the 1.1 billion pounds it made a year ago. This boosted the lender’s profits to a new high of $9.5 billion in the year’s first nine months.

In the third quarter, Barclays made a pre-tax profit of $2.76 billion, up from $1.52 billion a year before but down from $3.6 billion in the preceding three months. Despite this, Barclays raised its economic estimates for the UK from the previous quarter, predicting that its GDP will reach pre-pandemic levels by early 2022.

Despite a tumultuous year for the British economy, with supply chain problems and gasoline shortages that erupted in September denting consumer and business confidence, the provision announcement comes as a welcome relief.

However, the bank warned that uncertainty remained high, with comprehensive employment in its major UK and US markets at risk of being cut when government assistance measures were eliminated.

According to the lender, decreased global interest rates tightened spreads on fixed income products, resulting in lower client demand than in the same period last year.

The firm’s prosperity is based on large takeover deals and increased equities income. The bank, like some other big financial institutions, has fared well during the pandemic.

More than any other UK bank, Barclays has had a long-running identity issue regarding whether it should be primarily an investment bank like Goldman Sachs or a retail bank like Lloyds Bank.