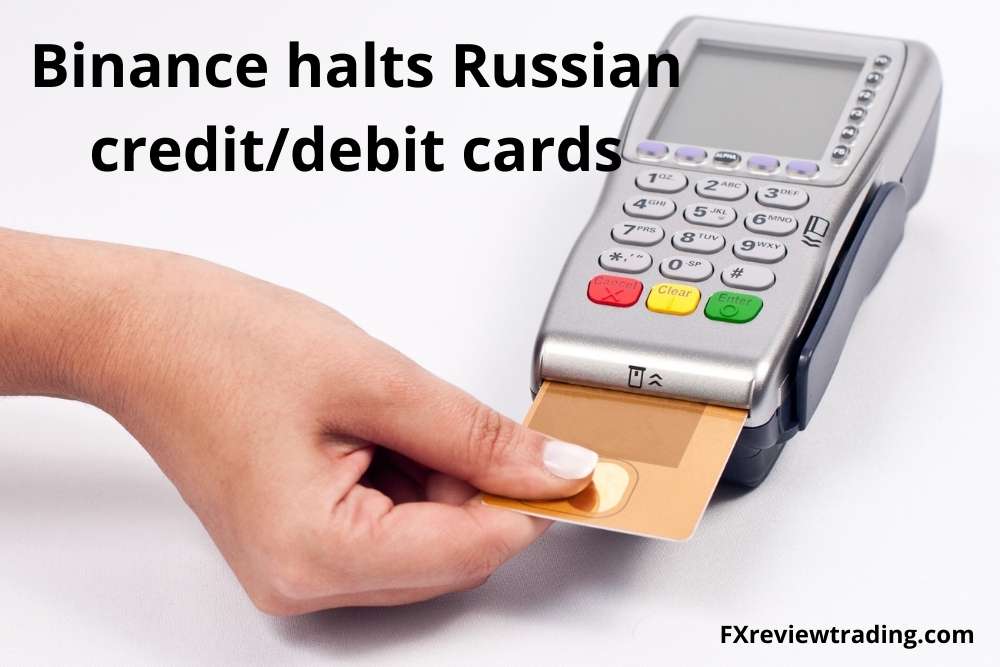 Russian Binance users would not be to transact on the platform using Mastercard (MA) or Visa (V) cards. Binance made the announcement on Twitter.

This comes after the United Nations slapped global sanctions on Russia and all Russian individuals in order to put pressure on the country’s president to halt the country’s attempt to invade Ukraine.

Binance has no choice but to halt the use of Russian Mastercard and Visa credit cards.

In addition to the exchange platform’s restrictions on Russian Mastercard and Visa cards, all transactions initiated with these companies by financial companies even outside Russia will be unavailable on Binance within the Russian Federation.

All transactions initiated with Russian-issued Mastercard and Visa cards will be unavailable on Binance.

The worldwide cryptocurrency market cap increased by 2.54 percent to $1.76 trillion. DeFi now has a total volume of $13.31 billion, accounting for 16.86 percent of the whole crypto market.

The conflict between Russia and Ukraine halted the upside. On Wednesday, the cryptocurrency market saw tiny increases ahead of US President Joe Biden’s much-anticipated executive order.

With the alpha launch of its Ethereum Co-Chain on Tuesday, Kava adds Ethereum Virtual Machine (EVM) smart contract capabilities, according to developers.

The US government has brought criminal charges against a pair of brothers for allegedly committing fraud.

In the coming months, tight edible oil supplies and restricted imports from the Black Sea region are projected to keep prices near record highs. Malaysian palm oil futures have soared to new highs. Soybean oil has increased by about 40%.

Prices are projected to climb further before there is a broader decline in demand.

On Wednesday, oil prices approached $130 per barrel. Crude stockpiles in the United States increased by 2.8 million barrels. 70% of Russian sea-based oil was having trouble finding consumers.

Exports of major agricultural and livestock products such as barley, sugar, meat, and more have been restricted by Ukraine’s government until the end of the year.