Bitcoin falls below $33,000 at the beginning of the new week 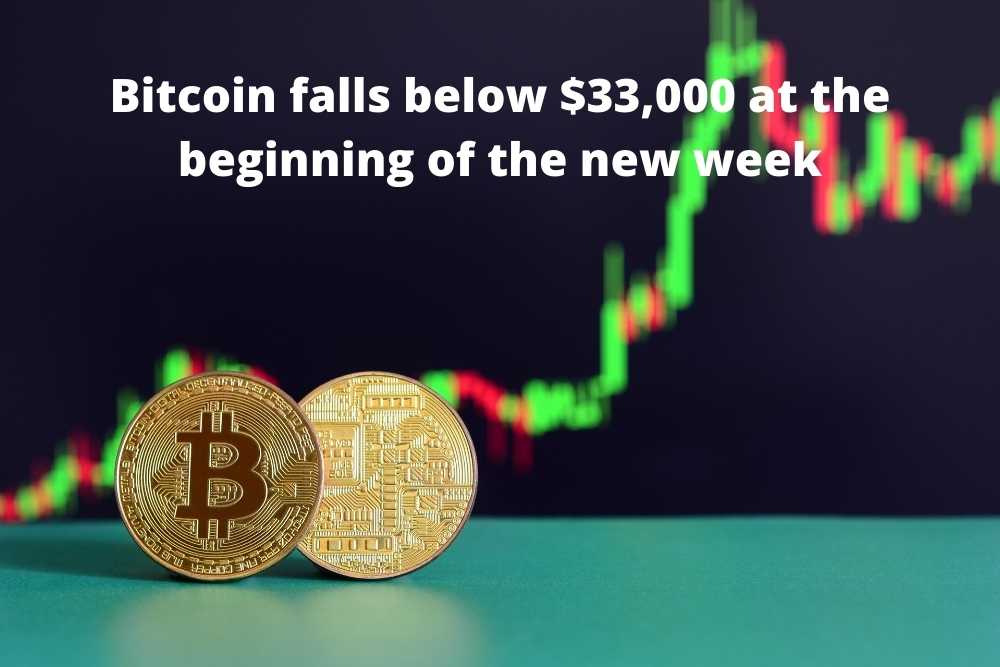 Bitcoin price declines continue, but coins that have been idle for at least a year now account for 60% of the entire BTC supply. On Jan. 24, Bitcoin (BTC) hit fresh multi-month lows as the new week began with typical pricing behaviour.

That mark marked the beginning of a CME futures gap that had been open since July 2021, with Bitcoin filling it even to the dollar before rebounding upwards to add over $1,000 in moments.

With about an hour and a half till the U.S. Open, BTC/USD was trading slightly below $34,000. In the meanwhile, investor activity appeared to offset concerns about short-term sellers. With volatility in the air, traders expectations for the start of trading on U.S. equity markets were sky-high.

The presence of active hodlers was confirmed by HODL Waves data from an on-chain analytics business. On the day, the scenario seemed bleaker for major altcoins, with Ether (ETH) falling over 11% to near $2,000 in value.

The A.I. Research SuperCluster supercomputer is now running, according to Facebook, and it is expected to be completely operational by the middle of the year. It will pave the path for the development of the Metaverse.

RSC, according to Meta, is already one of the world’s fastest supercomputers and will take the top rank when it is entirely operational in mid-2022. However, Meta did not reveal the location of the computer or the costs of its research and manufacture.

The significant closing of BFF II has been announced by Blockchain Founders Fund. The $75 million funds attracted essential investors from the blockchain and crypto industries, as well as a number of well-known family offices from around the world.

BFF II has made its first investments in a number of fascinating firms, including FuseFi, The Apocalyptics, Dogami, and others.

BFF II’s investment strategy builds on the success of the venture program model, investing in pre-seed and seed-stage ventures before moving on to future funding rounds with up to $5 million.