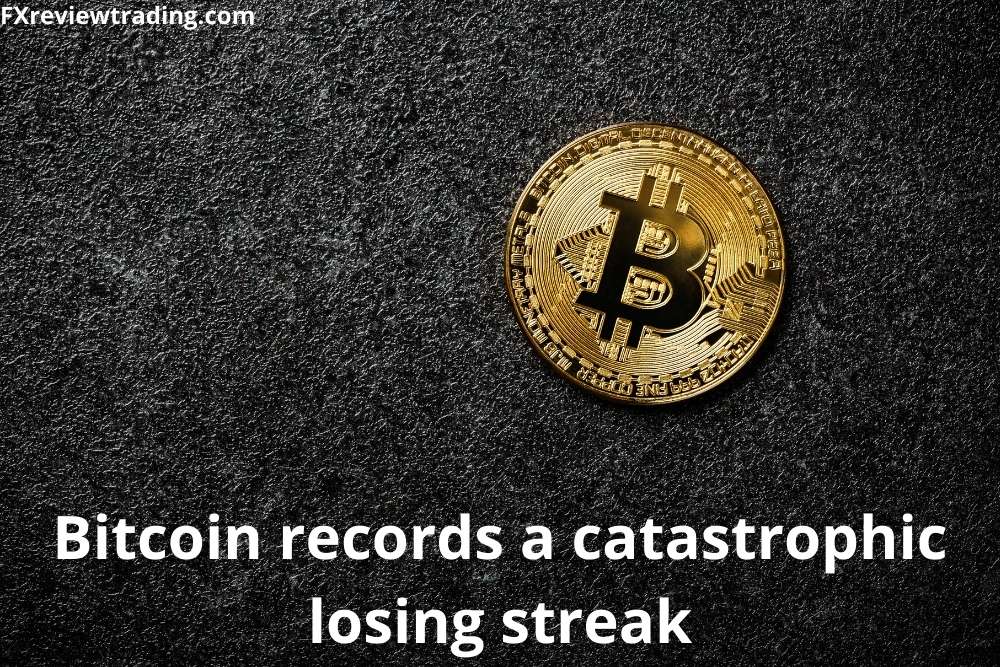 With the collapse of TerraUSD, a so-called stablecoin spread across markets, cryptocurrencies suffered significant losses on Friday, with bitcoin trading near $30,000 and on track for a record losing streak.

Concerns for high inflation and skyrocketing interest rates have prompted the widespread dumping of hazardous investments, including crypto assets. The sentiment is particularly shaky, as dollar-pegged tokens have fallen out of favor.

Bitcoin, the most valuable cryptocurrency by market capitalization, rebounded in the Asian session to trade at around $30,000.

This week, TerraUSD (USDT) lost its 1:1 peg to the dollar, as its method for maintaining stability, which relied on another digital token, collapsed under panic selling. It was the last trading around ten cents.

Tether, the largest stablecoin and one whose creators claim is backed by dollar assets, has also been hammered, falling to 95 cents.

Since November, selling has approximately half the worldwide market value of cryptocurrencies, but the selloff has turned to panic in recent sessions as stablecoins have been squeezed.

These are tokens that are tied to the value of traditional assets, most commonly the US dollar, and serve as the primary means of transferring funds between cryptocurrencies or turning balances into fiat money.

The market must believe that the issuer of these stablecoins has adequate liquid assets that they can sell in adverse market conditions.

Tether, on the other hand, is going to be put to the test if traders continue to sell, and analysts are afraid that the stress could cross over into money markets if more and more liquidation is forced.

Hong Kong-listed company Huobi Technology and BC Technology Group, which run trading platforms and other cryptocurrency services, saw weekly declines of more than 17%.

In the midst of the volatility, Nomura announced that it has begun issuing bitcoin derivatives to clients, marking the latest step into the asset class by a conventional financial institution.

On Thursday, the CEO and creator of cryptocurrency exchange FTX revealed a 7.6% interest in Robinhood Markets Inc (HOOD), taking advantage of the trading app’s stock slump to create a position.