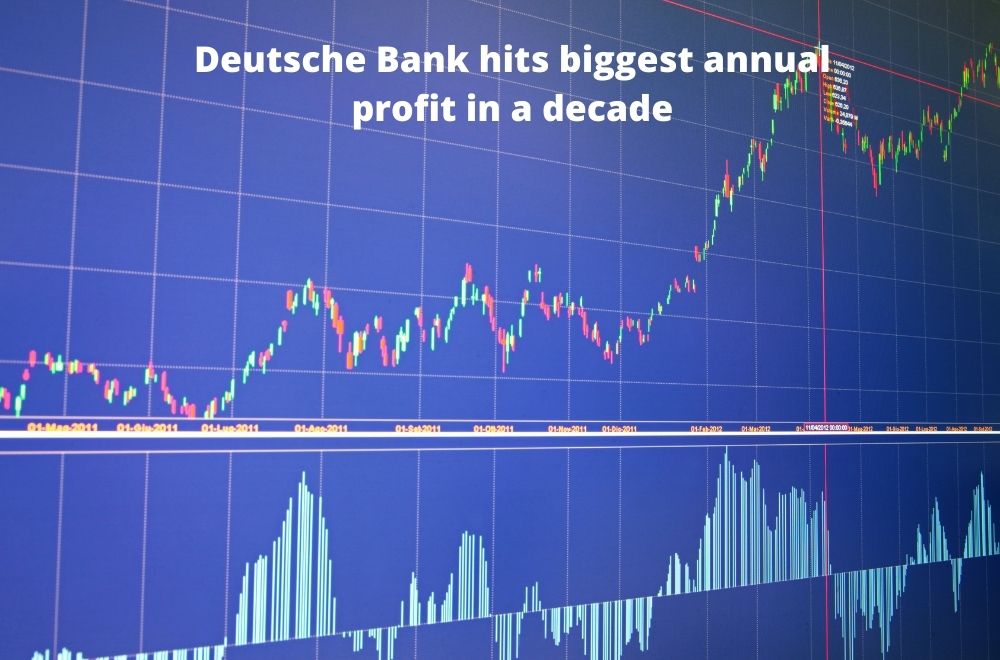 On the heels of a dealmaking boom, Deutsche Bank ended the year with its most profitable year in a decade, bolstering Chief Executive Christian Sewing’s hand as he prepares to put out a new strategy and ambitions for the years ahead in March. In early Frankfurt trading, its shares were up 2.9 percent.

Analysts had predicted a loss for the fourth quarter, but it was its second consecutive annual profit after years of losses. However, Deutsche had to spend to keep its traders and dealmakers on board, with remuneration at its investment bank increased by 30% in the quarter.

Nonetheless, Sewing’s performance on Thursday is a watershed moment for the bank, which he took over as CEO in 2018 after a string of embarrassing and costly regulatory missteps.

In the three months ending Dec. 31, the net profit attributable to equity holders was $163 million. Compared to a profit of 51 million euros a year ago, it outperformed expert estimates of a loss of roughly 130 million euros.

The bank’s biggest winning streak since 2012 was in the fourth quarter, which was its sixth in a row. Deutsche recorded a profit of 1.94 billion euros for the year, up from 113 million euros the previous year.

Despite its annual profit, the bank has lost more than 10 billion euros in the last ten years.

The 30 percent increase in salary and benefits at Deutsche’s investment banking unit from a year ago outpaced the bank’s overall 10 percent increase, indicating that the bank is under pressure to retain personnel as the industry flourishes.

After the close on Thursday, stocks in Australia fell due to losses in the gold, information technology, and consumer discretionary sectors. The S&P/ASX 200 index plummeted 1.77 percent at the close in Sydney, hitting a fresh 6-month low.