Dollar declines and the Euro up as no impact of war 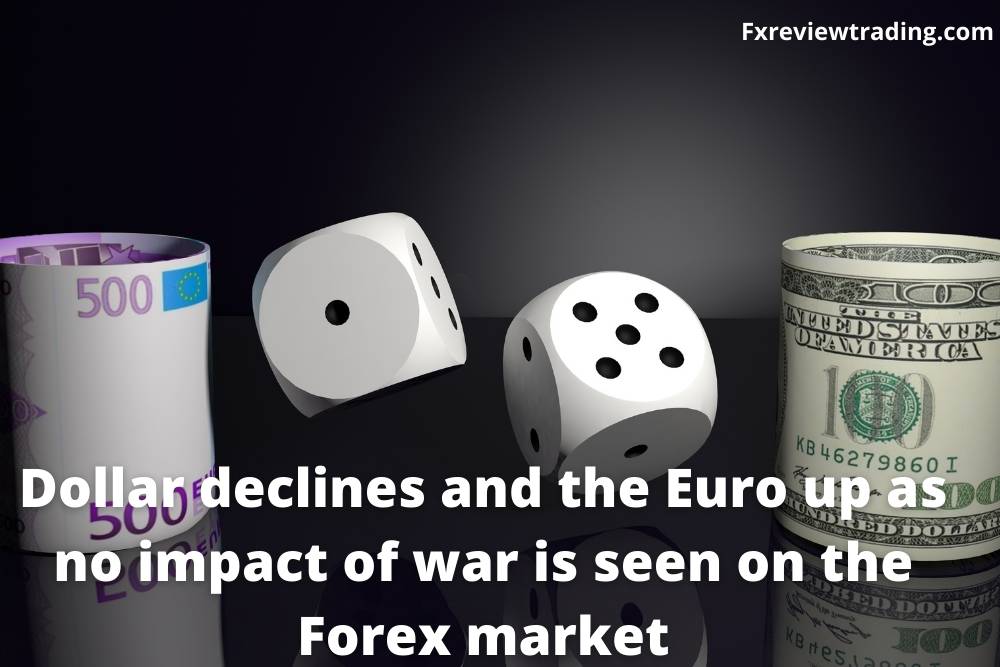 On Wednesday, the dollar plummeted, and the Euro rose as markets reacted positively to progress in Ukraine peace talks, while the Japanese yen recovered from seven-year lows as traders believed that officials were concerned about the currency’s recent weakness.

The Asian session saw equity markets rise, continuing a rise in optimism on Wall Street as markets grew confident that the Ukraine situation would be resolved – yet this move fizzled out as European equities opened in the red.

Investors in Europe are keeping an eye on inflation figures. Prices were climbing at their fastest rate ever, according to data. The dollar fell 1% against the yen on the day, to 121.725, compared to the pair’s recent high of 125.1.

The Euro gained ground versus the dollar, rising 0.4 percent to 1.11275. On Wednesday, the dollar’s losses widened as investors reconsidered their defensive bets.

The Euro has benefited from hopes for peace, having been heavily sold on fears of economic impact from the crisis in Ukraine and nerves about the potential of the conflict expanding west.

The FX market may become less focused on the Russia-Ukraine crisis and instead focus on the large changes in rate and growth distinctions, all of which point to a stronger dollar.

On Tuesday, the U.S. Treasury yield curve, which is widely regarded as a barometer of the economy’s health, briefly inverted, signalling that bond investors believe a recession is approaching.

USD/JPY has continued to tumble, losing roughly a quarter of its value since its early Asia high. Gold prices increased, helped by a weaker dollar and lower Treasury yields.

On Wednesday, oil prices recovered significant losses to jump more than 2%, owing to restricted supplies and the looming likelihood of more sanctions against Russia.