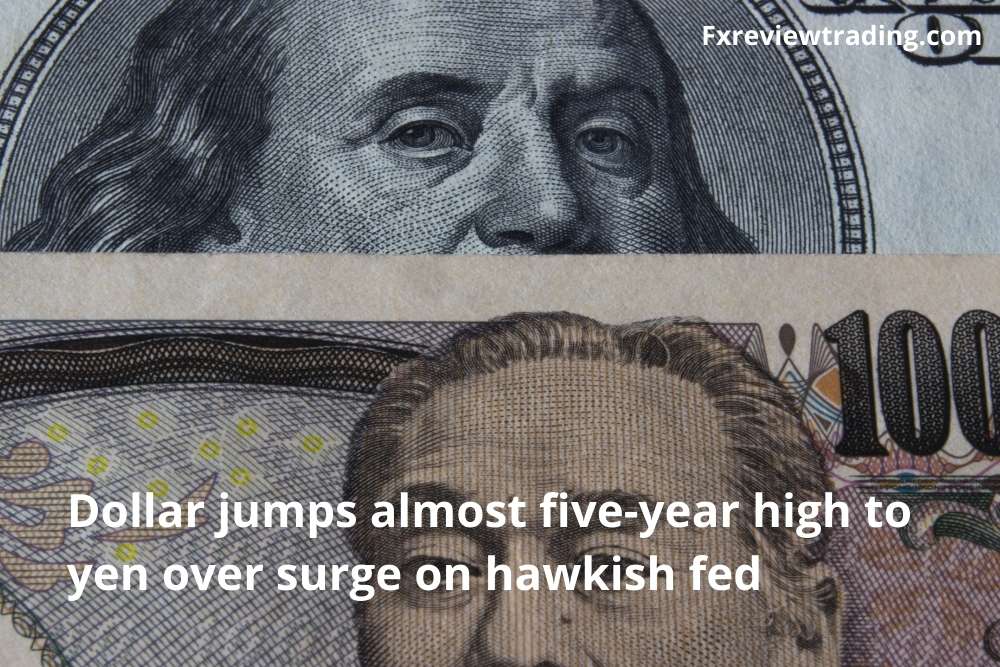 On Thursday, the dollar hovered near a five-year high against the yen, boosted by a rise in US Treasury yields on increased expectations of a Federal Reserve rate hike by March. The Australian dollar fell to $0.7215 after reaching an intraday high of $0.727.

The dollar was little changed at 116.115 yen on Thursday, after rallying back near Tuesday’s high of 116.355, boosted by more hawkish rhetoric from a Fed official report.

Riskier assets were hit by expectations of faster policy tightening, with the British pound recovering from a near two-month peak and cryptocurrencies plunging to multi-month lows.

Futures on the federal funds rate have a roughly 80% possibility of a quarter-point rate hike by the Fed’s March meeting. Earlier today, the ADP National Employment report revealed that private payrolls in the United States increased by more than double last month.

In comparison with the greenback to the yen and five other major currencies, the dollar index was nearly unchanged at 96.209 on Wednesday, after recovering from intraday losses of as much as 0.44 per cent following the release of the minutes.

Treasury rates on five-year notes, which are highly sensitive to interest rate predictions, have surged to a nearly two-year high. Sterling was trading at $1.3550, down from a near two-month high of almost $1.36 overnight.

Despite a Fed that has become increasingly hawkish in recent months, signalling three quarter-point rate hikes this year at its December policy meeting, the dollar index has remained flat since hitting a 16-month high of 96.94 in the last weeks of November.

The US Federal Reserve meeting showed a hawkish posture amid mounting COVID-19 cases; therefore, gold traded down in Asia on Thursday morning.