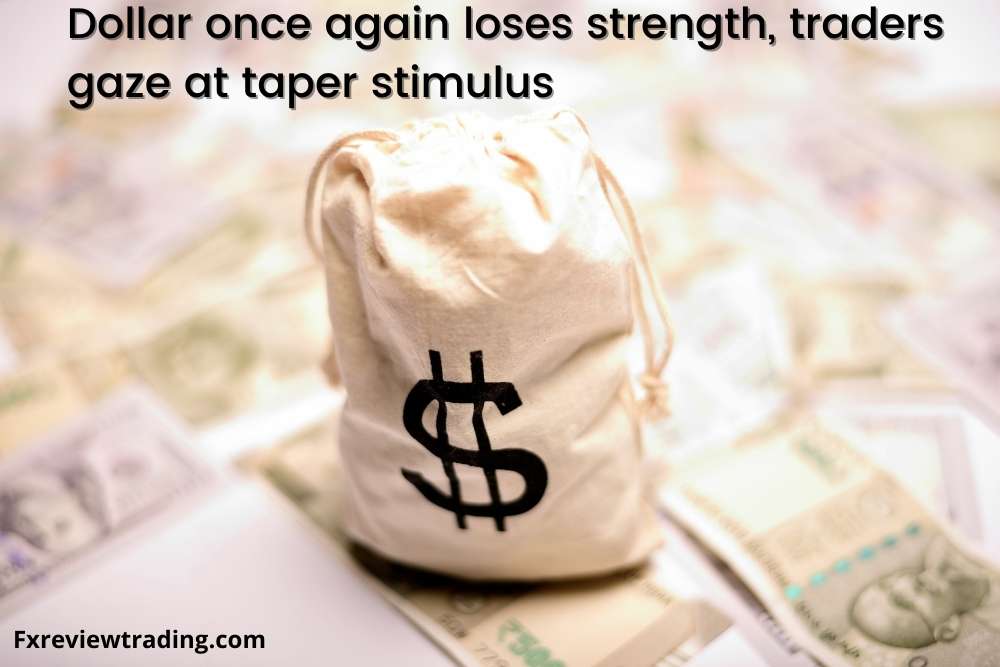 Against the major peers, the US dollar lost its sheen once again and drifted near the middle range on Thursday. It happened because traders focused their gaze on the meeting of Federal Reserves to be held next week. They are waiting for the clue to know when the US Central bank’s stimulus taper would begin.

Changing a little from Wednesday, the dollar index reached 92.506. At week’s onset, it had reached 92.887, a two-week high. However, it had dropped to a week’s low on Tuesday by touching the 92.321 mark. It was led following the softer inflation report. It hit the lowest for the month of September 3, which was 91.941. It was due to the disappointment of the payroll data.

Next week, Barclays, senior FX analyst, Tokyo,Shinichiro Kadota said that the key focus remained on the FOMC (Federal Open Market Committee). Adding to it, he stated that the US dollar was not going too far in any direction.

It is anticipated that the FOMC meeting ending on September 22 would offer some clarity on eventual rate hikes and outlook on stimulus tapering. Meanwhile, tapering is lifting the dollar prices, indicating that the Fed would tighten the monetary policy.

So, the central bank would be buying lesser debt assets. Thus, the dollar circulation would go low, and its value will increase subsequently.

Adding to his statement, Kadota said the robust performance by the yen on Wednesday resulted in the forex influx in the Japanese stock markets. It is noticeable that Nikkei touched the multi-decade high in the ongoing week.

Interestingly, the jobless rate of the country fell to 4.5 per cent in the latest data. However, the stats suggested otherwise. On the other side, the New Zealand dollar was flat at $0.7110. It gave up the jump of 0.47 per cent it garnered earlier. Despite the recent outbreak, the reintroduction of the strong GDP data exhibited that the Central Bank would lift interest rates.