Elon Musk Addresses Crypto Plans For Twitter To Its Employees 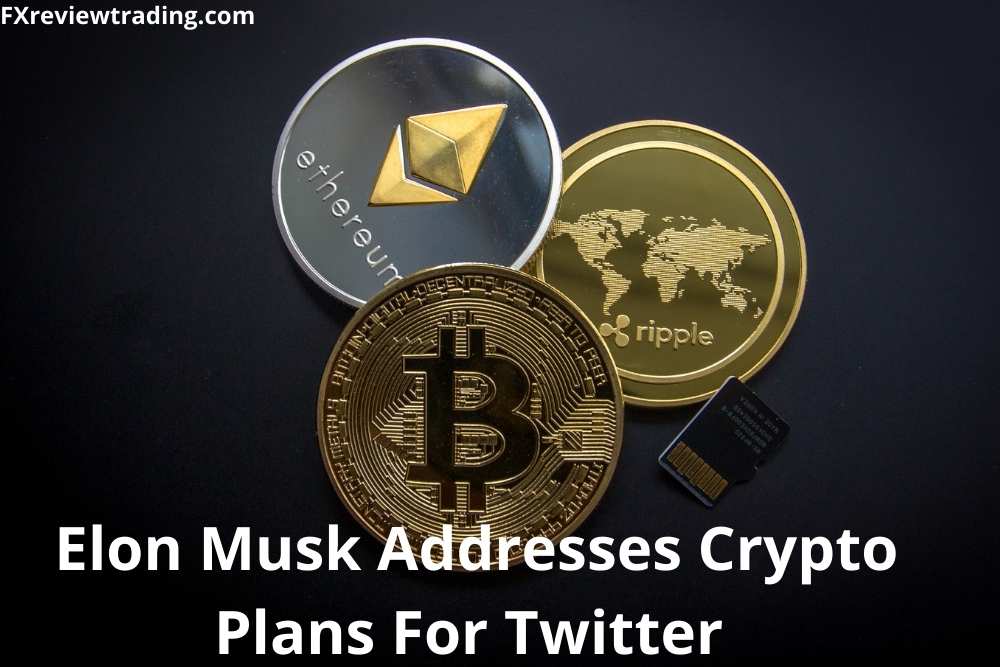 In a Q&A session, Elon Musk addressed Twitter (TWTR) staff for the first time. Elon Musk announced his ambitions for crypto-related causes during the conference, in addition to answering questions about his potential takeover of the company.

The meeting comes after weeks of speculation about the deal’s viability. Musk earlier warned Twitter that if the social media company failed to produce the data he needed on spam bots and phony accounts, he would walk away from the $44 billion transactions.

Elon Musk reassured attendees that if his plans go through, there will be no need for users to reveal their real names on the site. In the present era, phishing attempts carried out by scammers employing personas are a traditional strategy employed by unscrupulous actors on social networking platforms.

Elon Musk emphasized that his objective is to get rid of social media scams using cryptocurrencies. As a result, the problem of user authentication using this method is now hotly debated.

In 2020, when extremely powerful profiles, including Musk’s own, were compromised and used to promote a phony Bitcoin giveaway hoax, Twitter first became a venue for significant cryptocurrency-related scams.

An optional payment-based verification method that people may employ to demonstrate their identity was something Musk had previously suggested. He was questioned about it at the conference because marginalized groups and human rights advocates are also protected by anonymity, which is helpful to con artists.

Elon Musk said that one feature that could be introduced to Twitter to increase the service’s functionality and make using it so compelling that you can’t live without it is the ability to accept cryptocurrency payments.

Musk emphasized that, in his opinion, the addition of cryptocurrency payments to Twitter would simplify the process of sending and receiving money for all users. For both large and small investors, the situation has gotten worse as the ongoing unrest in decentralized finance (DeFi) has spread to the cryptocurrency market.

Institutions have categorically failed to stop the spread of the disease, and the already subpar GBTC has reached new lows.

The Grayscale Bitcoin Trust (GBTC), the largest Bitcoin investment entity, is currently trading at its highest-ever discount to the spot market.