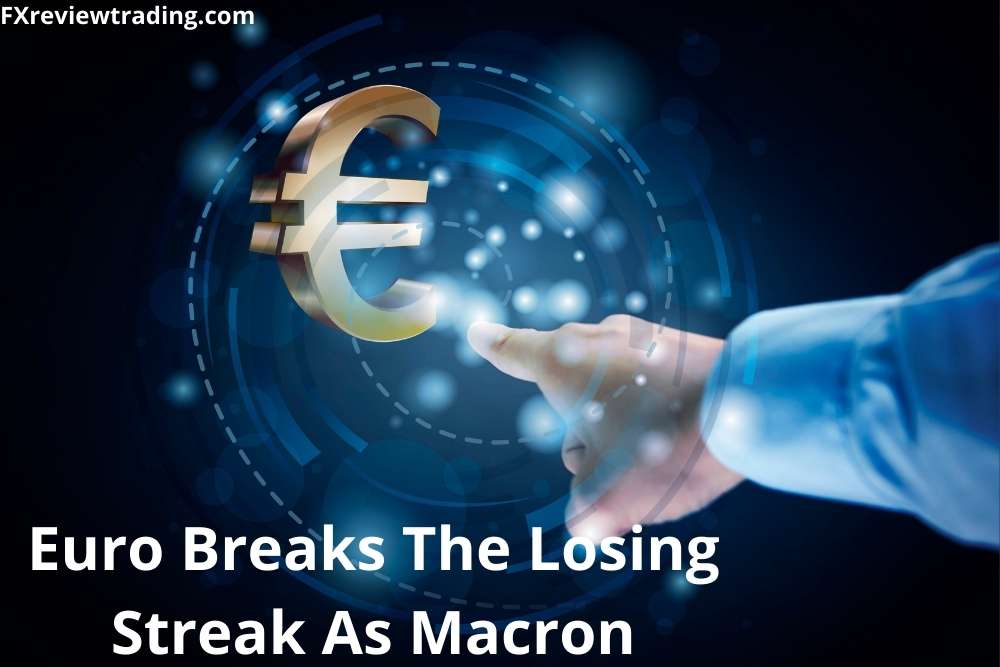 On Monday, the euro appeared to be on the verge of ending a seven-day losing skid against the dollar after French President Emmanuel Macron defeated far-right opponent Marine Le Pen in the country’s first round of presidential voting.

Investor fears over the euro zone’s second-largest economy’s future orientation have impacted the currency, adding to anxieties about the economic costs of the Ukraine conflict.

The Japanese yen has been under some of the most intense selling pressure as the dollar has gained ground, with investors seeing no reason to abandon bets against the yen while the Bank of Japan keeps yields near zero.

Meanwhile, rising US yields and hopes that the Federal Reserve will act rapidly to combat inflation have driven the currency higher.

Macron will face Le Pen in the second round of the French presidential election, which is expected to be a close contest. Macron’s first-round victory gave the euro some relief, raising it by as much as three quarters.

In the following weeks, the euro will be weighed down by the first-round results and opinion surveys pointing to a close second-round result. President Macron’s victory was smaller than expected, reigniting fears that Le Pen could win the presidency.

On the day, the dollar rose as much as 0.5 percent against the Australian and New Zealand dollars before losing ground. At $1.303, sterling was essentially unchanged against the dollar.

The Russian rouble fell abruptly in choppy trade on Monday, undoing some of the prior week’s profits, after the central bank opted to ease temporary capital controls aimed at preventing the currency from falling too far.

The move to eliminate the 12% commission on FX transactions means that speculators will be free to trade once more, notwithstanding market participants’ tendency to lock in even minor profits.

At the start of the market in Moscow, the rouble was trading at 82.09.

Russia receives around $1.4 billion in export revenues every day and given Russian capital controls and dwindling imports, and the rouble might strengthen considerably more.