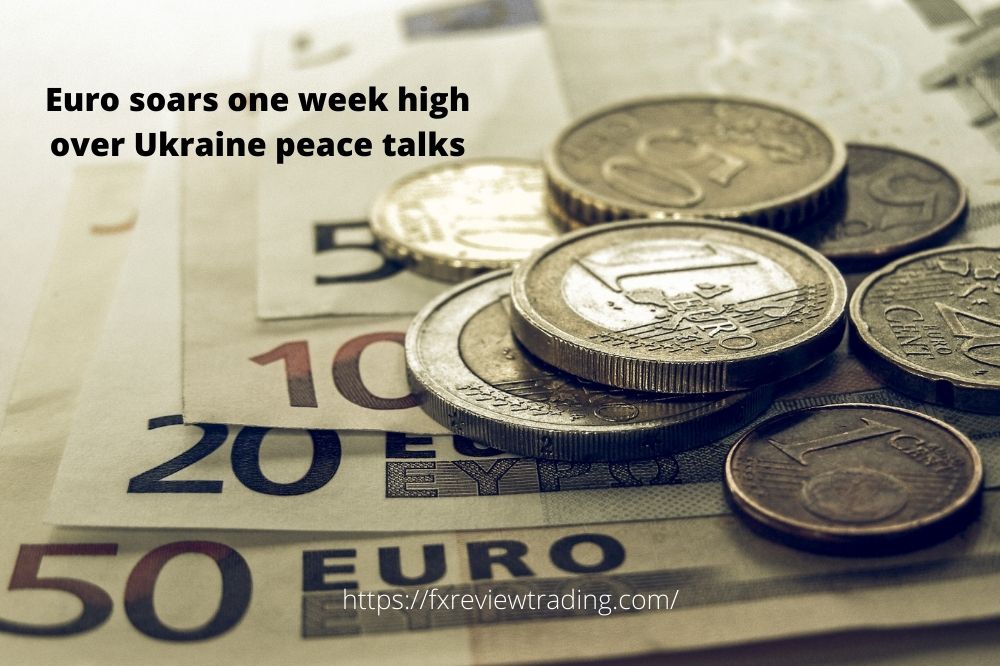 The euro rose on Thursday on expectations of progress in Russia-Ukraine talks, but the Federal Reserve’s decision to raise rates and aggressively combat inflation had little impact on the market because the bar for a hawkish surprise was high.

According to new Fed predictions, officials are set to kick their inflation fight into high gear, with the federal funds rate expected to rise to a range of 1.75 percent to 2 percent by the end of 2022.

The dollar index, which measures the currency’s strength versus six other currencies, dropped 0.3 percent.

Before the FOMC meeting, the US forward curve had already tightened significantly, potentially slowing the pace of additional USD appreciation.

Despite the ongoing warfare between Russia and Ukraine, both sides have stated that peace talks are progressing. For the fourth day in a row, Moscow stated, videolink negotiations resumed on Thursday, covering military, political, and humanitarian matters.

Even with growing energy costs, Japan’s inflation rate is unlikely to reach the target of 2%.

While investors await the result of the Bank of England policy meeting, the pound is rising against the euro and the dollar, with money markets pricing in a 70 percent chance of a 50 basis point rate hike.

Despite the US Federal Reserve’s decision to raise interest rates, oil prices rose 4% on Thursday after the International Energy Agency (IEA) predicted three million barrels per day (bpd) of Russian oil and products could be blocked in from next month.

The supply loss would be significantly more than the one million bpd decline in demand predicted as a result of rising fuel costs.