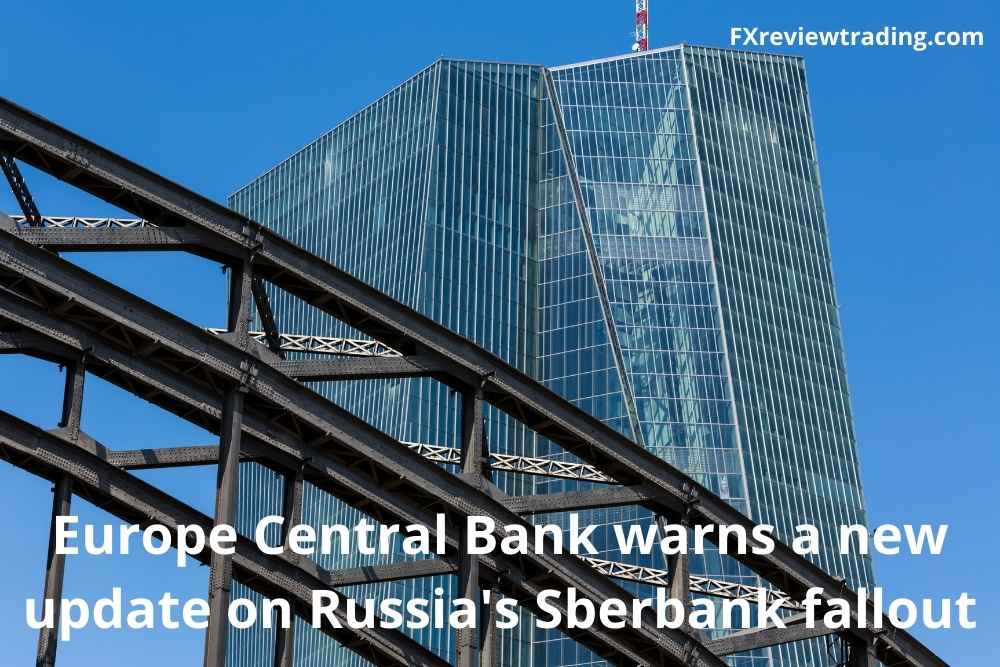 According to the European Central Bank, Sberbank Europe, a unit of Russia’s Sberbank, and two other companies under its supervision are failing or likely to fail, indicating the impact of new sanctions.

The two events are among European finance’s responses to sanctions and other retaliatory measures in response to Russia’s invasion of Ukraine.

Over the weekend, banks and their attorneys hurried to figure out how a new round of penalties, as well as the exclusion of large Russian banks from the primary global payments system SWIFT, would affect their operations.

At the outset, Societe Generale (SCGLY), which has a significant presence in Russia, was down 6.7 percent. BNP opened with a loss of 7.1 percent.

The ECB also warned Sberbank subsidiaries in Croatia and Slovenia. Russia owns the majority of Sberbank.

In a statement, the lender claimed that several of its entities saw significant outflows of client deposits in a short period of time and that it was in contact with regulators.

Panasonic Corp announced on Monday that it will start creating a new lithium-ion battery for Tesla (TSLA) Inc at a factory in Japan before the end of March heavily. The new powerpack is also projected to increase vehicle range.

Toyota Motor (TM) Corp, a latecomer to the battery electric vehicle (BEV) industry, is putting forth all efforts to ensure that its first mass-market model, when it goes on sale later this year, is safer and lasts longer than competitors’ goods.

BEVs have increased in popularity around the world, but some consumers have been put off by the risk of fire and quick degradation associated with EV batteries.

The S&P/ASX 200 index ended the day in Sydney unchanged at 0%. The Nikkei 225 index increased 0.19 percent at the Tokyo closing.