Gold and Oil down as the US dollar rallies upward 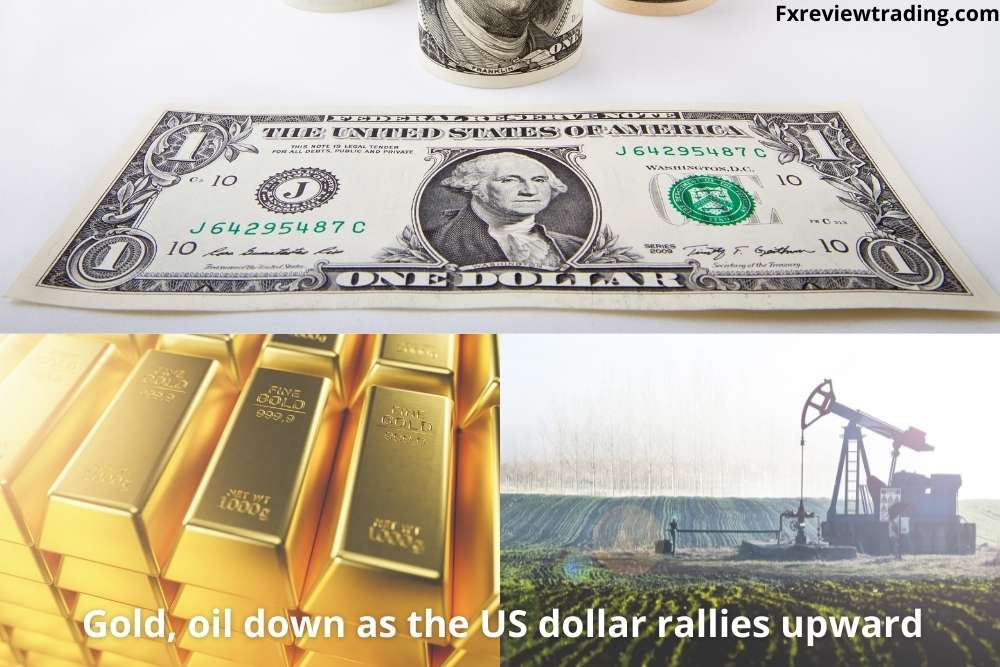 The morning Asian market witnessed chief commodities like oil and gold going down. Meanwhile, the dollar gained strength while investors are eagerly waiting for the policy decision by the Federal Reserve.

On the other hand, the oil prices extended their losses from Friday after the US rig count surged and the US dollar gained strength as the post effect of Hurricanes Nicholas and Ida forced to shut the US Gulf Mexico’s quarter output.

Notably, the greenback was three weeks high when the oil price fell on Friday. Meanwhile, all eyes are on the Fed for its policy decisions on asset tapering. Everyone is waiting whether it will announce it on Wednesday or not.

Investors are waiting for the hawkish surprise through the announcement.

It is noticeable that increasing the US rig count resulted in the downward trend of oil prices. On Friday, Baker Hughes had stated that the gas and oil rig count hiked to 512 from 9 in the week until September 17, 2021. It doubled from a year-on-year comparison (2020).

Twenty-three per cent of the oil output remained suspended in the Gulf of Mexico as of Friday. It amounts to 422,078 barrels per day.

On the other side, other precious metals also saw some changes in their prices. Silver plunged to $22.13 per ounce, losing 1.2 per cent. Earlier, it hit the lowest since November 202, reaching $22.01. Meanwhile, Platinum edged down to its ten-month low price of USD 907.50. In the last week, it was down by 2.8 per cent. Palladium also slipped to 3.5 per cent.