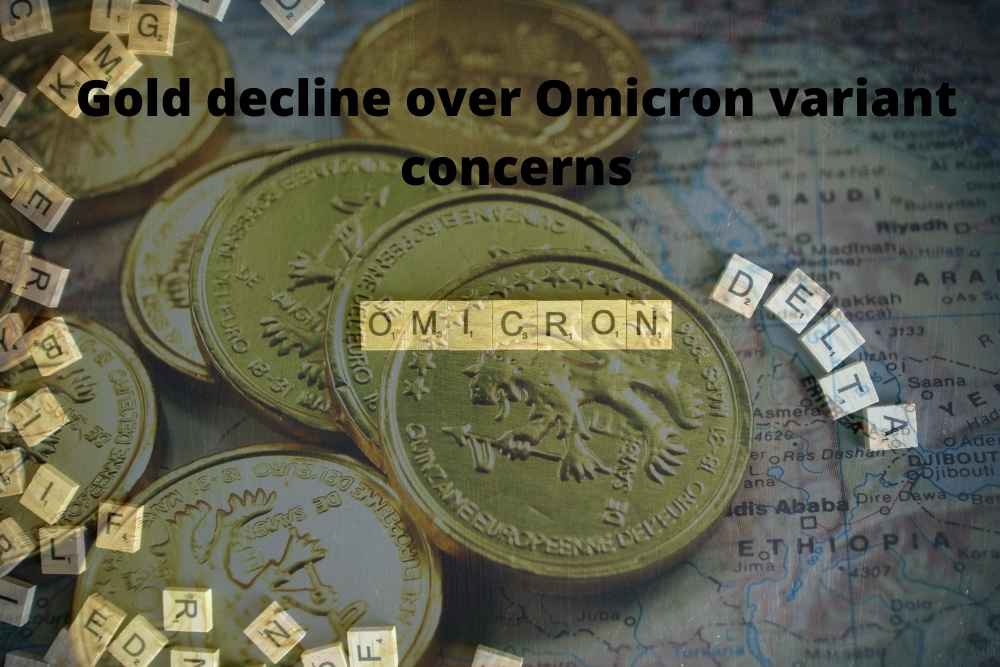 In Asia on Thursday morning, gold fell as traders kept an eye on the omicron variant’s implications and central banks’ pullback of fiscal expansion.

By 3:18 AM GMT, gold futures had down 0.15 percent to $1,800 per ounce. The dollar typically moves in the opposite direction of gold, fell on Thursday, while benchmark 10-year U.S. Treasury yields remained stable near a one-month high.

The yellow metal has dropped nearly 5% so far in 2021, and it is on track to have its worst year since 2015. Gold trade, on the other hand, is expected to remain thin and range-bound for the rest of the year, according to investors.

In the Asia Pacific, data released earlier showed that South Korean industrial production increased 5.9% year on year in November, which was higher than predicted. Retail sales, on the other hand, fell by a larger-than-expected 1.9 percent month over month, according to the data.

China’s COVID-19 epidemic in the western city of Xi’an is still ongoing, while the country’s manufacturing and non-manufacturing purchasing managers indices (PMI) were released on Friday.

Silver and platinum, two other precious metals, both fell 0.1 percent. The dollar index slid 0.2 percent against its peers to a near one-month low, making gold less expensive for holders of other currencies.

Gold prices had fallen about 1% to a one-week low earlier in the day as benchmark 10-year rates soared to their highest level since November 29, while Wall Street continued to rise.

Crude oil stockpiles declined by 3.6 million barrels in the week ending December 24, according to data released by the U.S. Energy Information Administration on Wednesday. In addition, governments took steps to mitigate the impact of record-high COVID-19 cases on economic growth, such as lowering testing procedures, which aided oil prices.