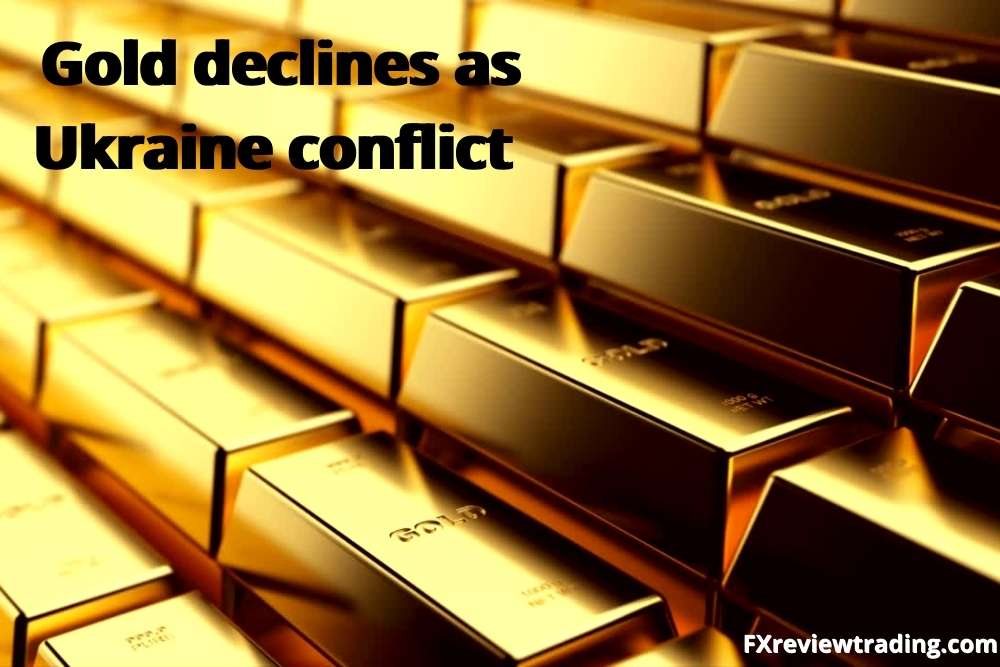 The hawkish stance of the US Federal Reserve on monetary policy restricted advances in gold on Monday morning in Asia. Safe-haven support, on the other hand, came as the war in Ukraine shows no signs of slowing down.

Futures for gold were up 0.66 percent. Ukraine rejected Russian demands to hand over Mariupol on Monday, and the war, which began with Russia’s invasion, appears to have no conclusion in sight.

Because Ukraine has formally said no to Russia, auto-catalyst metal is responding better to the war in Ukraine, which puts peace talks on hold and, of course, raises concerns about supply limits.

Petrol prices rose more than $3 on Monday, with Brent topping $111 a barrel, as European Union countries consider joining the US in a Russian oil ban, while an attack on Saudi oil installations sparked fears.

Prices have risen ahead of a series of discussions this week between European Union nations and US President Joe Biden.

With no signs of the war diminishing, the question of whether the market could replace Russian barrels affected by sanctions resurfaced.

Energy companies in the United States are likewise fighting to maintain the number of operating oil rigs.

The International Energy Agency outlined strategies to reduce oil use on Friday in response to a weak supply outlook and high prices.

Chevron intends to keep negotiating until a deal is reached. Non-union Chevron personnel began taking over refinery operations that were formerly manned by union members.

Hours before a deadline, union employees were removed from a Chevron Corp (CVX) oil refinery outside San Francisco.

With a gallon of standard unleaded gasoline, California has the highest fuel prices in the country.