Gold Down As Fed Is Set To Tighten The Policy 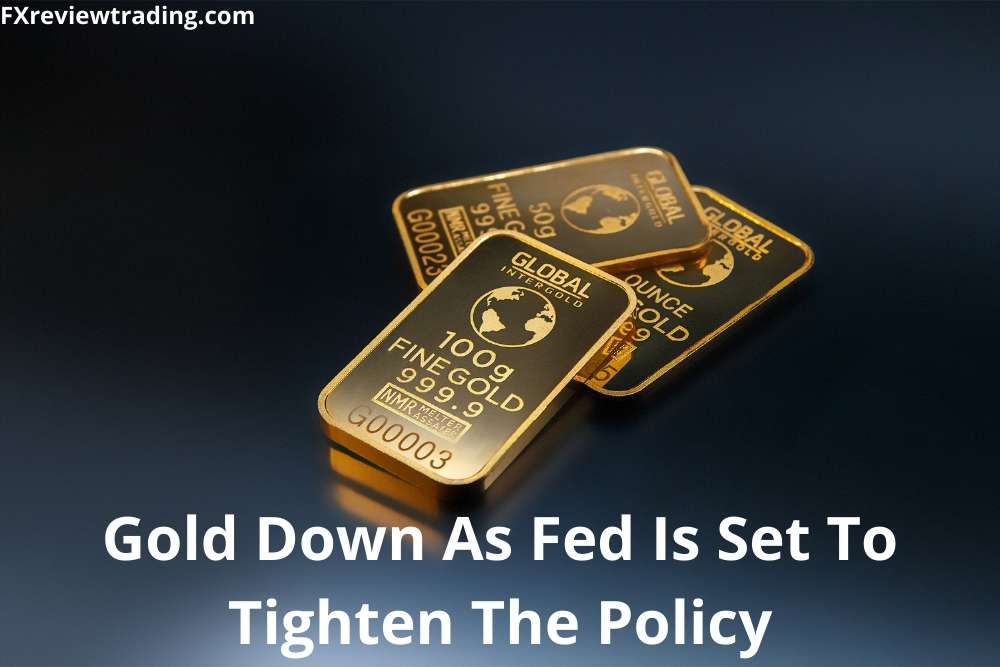 In Asia on Friday morning, gold was lower, but it was still trading in a narrow range. The dollar rose after the Federal Reserve of the United States announced plans to tighten monetary policy sooner than expected, largely offsetting the safe-haven demand created by the ongoing conflict in Ukraine.

Futures on gold were down 0.46 percent. Given the rise in both U.S. yields and the dollar this week, we may be seeing some basic haven and inflationary hedge buying driving the downside.

The dollar, which generally goes in the opposite direction to gold, rose to a near two-year high on Friday and was at the normal level for its best week. The earlier in the session, the benchmark 10-year Treasury yield touched a three-year high.

The Reserve Bank of India held its interest rate at 4% when it announced its policy decision earlier in the day in the Asia Pacific. The Fed’s robust stance against inflation, rebounding bond yields, a stronger currency, and the relaxing of pandemic limitations on greater vaccination rates will, nevertheless, keep gold prices under control.

The Ukraine war, fast inflation, and the COVID-19 epidemic, on the other hand, are all supporting gold. Russia lamented the tragedy of growing soldier losses and the economic blow from sanctions in its most mournful appraisal since its invasion of Ukraine on February 24.

Oil prices increased on Friday but were forecast to fall roughly 3% this week as a scheduled delivery of 240 million barrels from emergency inventories by consuming countries countered some concerns about reduced supplies from Russia due to western sanctions.

Brent is expected to decrease 3.4 percent, while WTI is expected to drop 2.8 percent for the second week in a row. Following its intention to embargo Russian coal, the European Union is considering a restriction on Russian oil, which will limit any decline in oil prices in the short term.