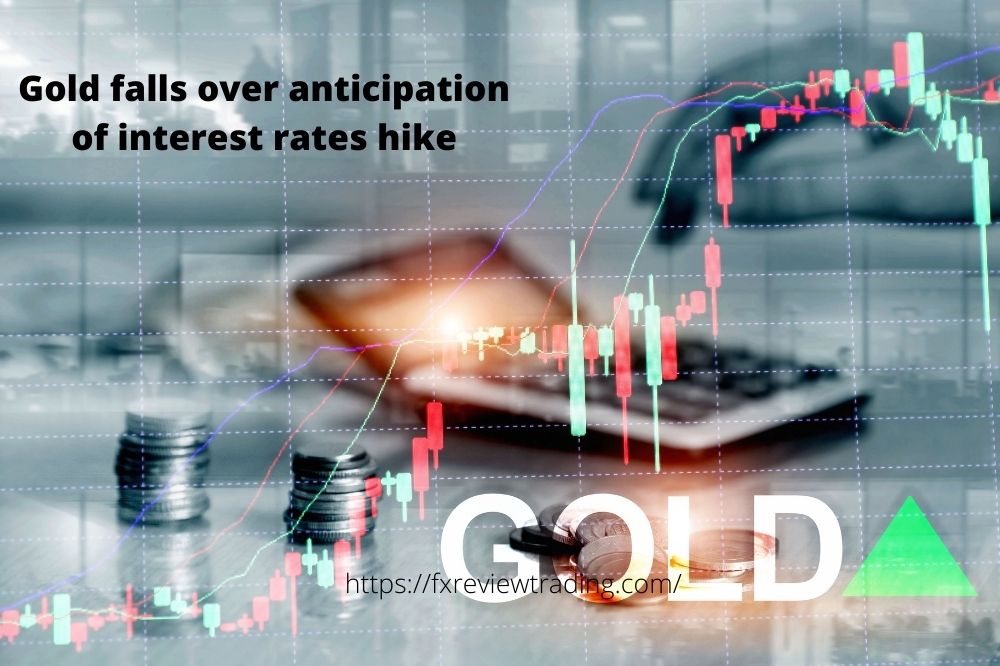 On Monday morning in Asia, old was down. Treasury yields climbed in anticipation of a rate hike in the United States, but hopes for a resolution to the Ukraine conflict weighed on the safe-haven yellow metal.

The market appears to be pricing in the upcoming Federal Reserve meeting in the United States on Wednesday, at which it is expected to begin the tightening cycle. As a result, this is a disadvantage for gold.

Even as the combat continues, there may be evidence that Russia is willing to start serious negotiations to resolve the situation.

Benchmark Ten-year Treasury yields in the United States have risen to a near one-month high, with the Federal Reserve generally expected to raise interest rates when it announces its policy decision.

On Thursday, the Bank of England will announce its policy decision. The price of palladium fell 3.9 percent to $2,705.18 per ounce. It touched a new high of $3,440.76 last week as concerns about supply disruptions from leading producer Russia persisted.

Nornickel, the Russian mining behemoth, was able to arrange alternate routes for its palladium delivery, but logistics challenges still exist. Silver was down 0.9 percent, while platinum was down 1.9 percent.

Oil prices fell as much as $4 a barrel on Monday, continuing a drop that began last week as diplomatic attempts to end the Ukraine conflict intensified and markets braced for higher US interest rates.

Both contracts have increased by nearly 40% year to date since Russia’s invasion of Ukraine on February 24.

After both sides cited progress, Ukrainian and Russian negotiators will meet again via video link on Monday.

After weekend conversations, negotiators gave their most hopeful appraisals, implying that positive conclusions may be achieved within days.

Consumer prices in the United States rose sharply in February, resulting in the country’s highest annual increase in inflation in 40 years.
More News.