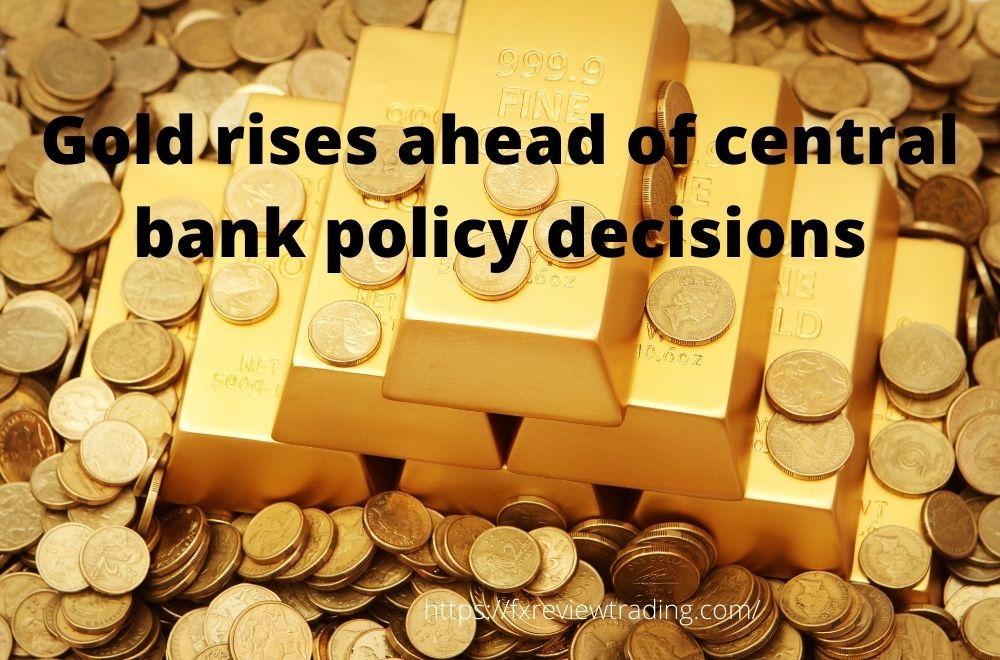 Gold was higher in Asia on Monday morning, but it is on track for its largest monthly decrease since September 2021. Investors are now anticipating multiple central bank policy decisions anticipated this week.

The dollar, which normally goes in the opposite direction of gold, fell slightly on Monday, although it stayed near to its 18-month high set the week before.

In its most recent policy decision, the Federal Reserve of the United States signalled interest rate rises beginning in March 2022. Investors are now waiting for the Reserve Bank of Australia’s policy decisions, which are expected on Tuesday.

On Thursday, the European Central Bank and the Bank of England will announce their policy decisions.

Industrial production in neighbouring Japan fell 1% month over month in December, while retail sales increased 1.4 percent year over year, according to figures released earlier in the day.

As shoppers prepared for the Lunar New Year holiday, big Asian hubs such as China saw strong demand for real gold during the previous week. Buyers in India have postponed purchases in anticipation of the country’s Union Budget, which will be announced on February 1.

Silver was down 0.3 percent among other precious metals, while platinum was up 0.1 percent. Palladium is down 0.5 percent this month, but it is on track for its highest monthly increase since February 2008.

After thousands descended to Canada’s capital city on Saturday to protest Prime Minister Justin Trudeau and COVID-19 vaccine regulations, dozens of trucks and other vehicles blocked the downtown area of Ottawa for a second day.

On Monday, oil prices jumped more than 1% to near 7-year highs, as supply fears and political uncertainty in Eastern Europe and the Middle East put prices on course for their greatest monthly rise in almost a year.