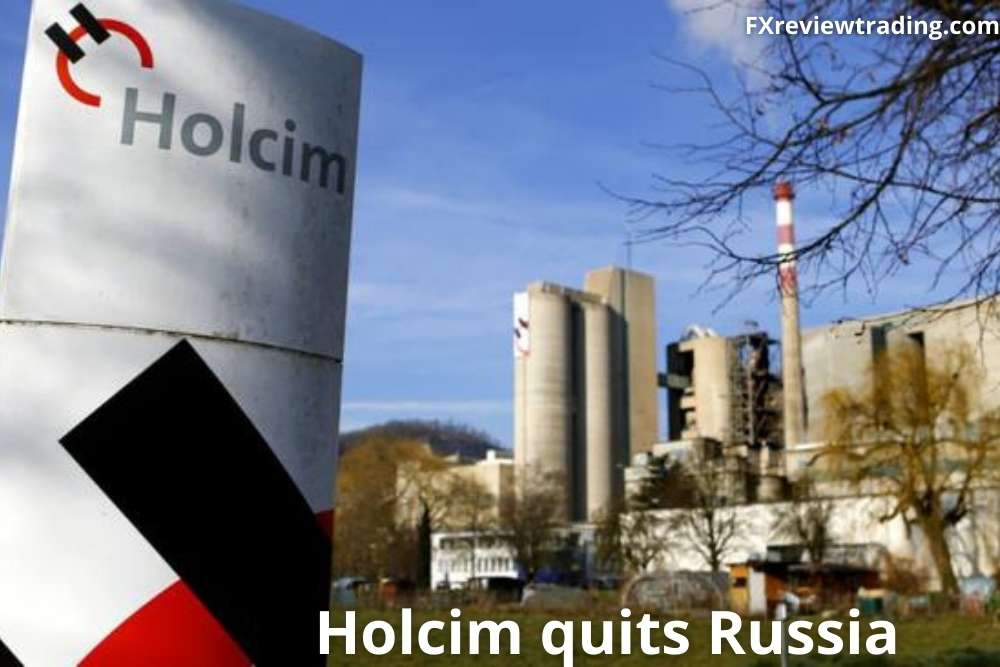 Holcim (HOLN), the world’s largest cement company, announced its exit from the Russian market on Tuesday, becoming the latest Western company to do so in the aftermath of Moscow’s invasion of Ukraine.

In keeping with the company’s goals of operating responsibly, the Holcim Board of Directors has decided to begin the process of exiting the Russian market.

The decision to sell the Russian business comes after a previous statement that all capital investments in the market will be halted. Holcim employs roughly 1,500 employees in Russia, where it earns about 1% of its sales and operating profit. The company is now on the market for a buyer.

The business continued to operate at first, claiming to be supplying vital construction materials.

The Board expresses its deep concern for the horrific human suffering that is unfolding across the region, and it is fully dedicated to assisting those who have been affected, their families, and their communities.

Nestle, Philip Morris (PM), and Sony (SONY), among other western companies, have taken a step back from Russia in recent weeks as consumer pressure rises in the West to condemn the invasion of Ukraine.

On Tuesday, the remaining plants remained operational, although they reported a supply of the raw materials and moderate products from the idled plants.

The strike is another setback for an energy-intensive industry already beset by high electricity costs that have risen in lockstep with gas prices in the aftermath of Russia’s invasion of Ukraine.

ArcelorMittal had already paused production at its electric-powered steel plants in Spain during peak demand hours.

Despite the government’s concessions to truckers last week, the strike resumed in numerous parts of the country on Tuesday.

The Federal Reserve of the United States has urged investors to keep an eye on other curve portions that are still steep, allowing it to tighten policy even more quickly.