Japan’s Nikkei 225 declines about 2% with overnight 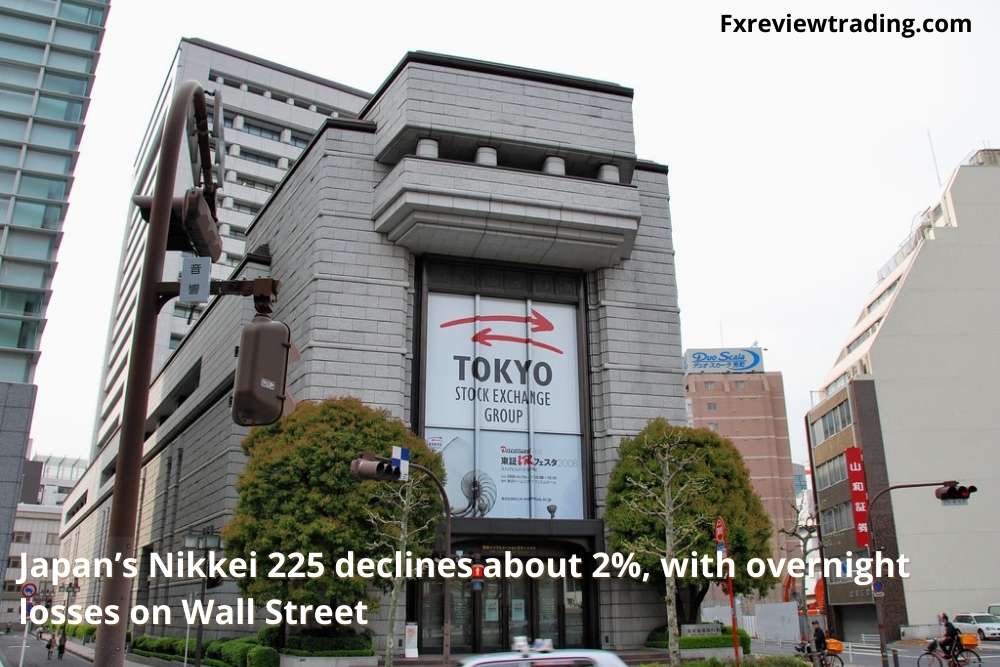 On Tuesday, shares in Asia-pacific dropped with overnight losses on Wall Street. Nasdaq composite fell more than 2%. Shares of fast retailing declined 6.2% resulting in the fall of Nikkei 225 by 2%. There was a heavy impact on the Topix index, which fell 0.96%.

Australia’s ASX and S&P 200 declined 0.46%. Australian shares are also not doing well in October first week. The industrial sector was hurt due to overnight losses. In addition, the Reserve Bank of Australia made an important announcement on Tuesday morning regarding its decision not to change the interest rates.

Asia Pacific shares outside Japan are traded at lower interest rates. The MSCI index is down 0.46%. Mainland China markets closed due to holidays on Tuesday.

On Monday, OPEC+ agreed upon the decision of increasing oil output by around 400,000 barrels per day in the next month. Accordingly, the rise in shares of Oil corporations has followed this agreement of the Organization of the Petroleum Exporting Countries and allies (OPEC+).

The U.S. dollar index tracking the greenback against the rival indices fell around 93.95 from above 94.