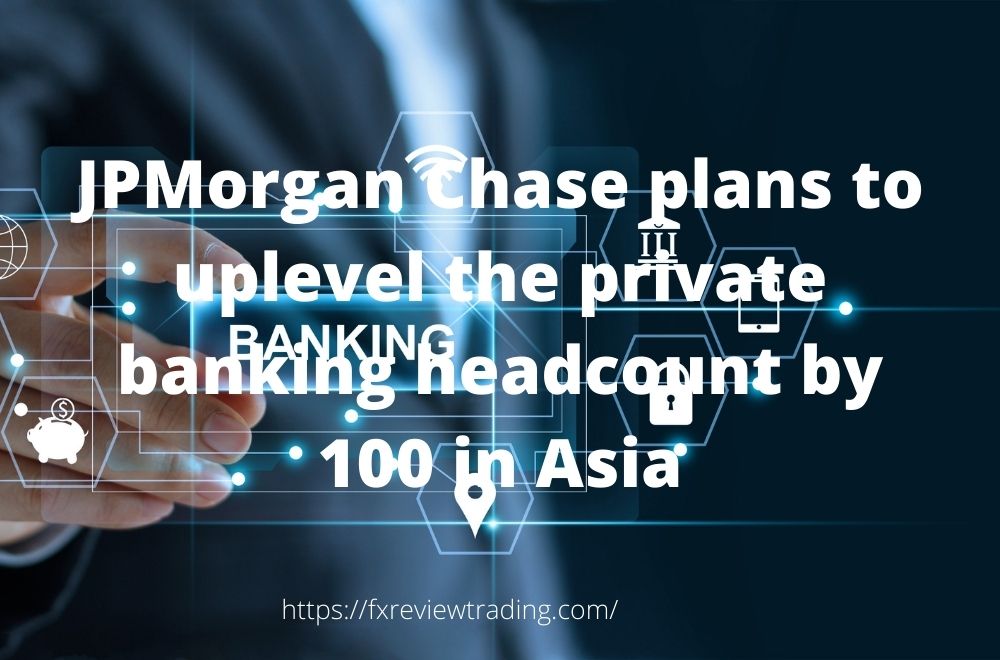 American Investment banking giant JPMorgan Chase & Co (JPM) planned to increase its private banking business staff in Asia by more than 100 this year, joining its peers in a bid to capture a more significant portion of the region’s wealth.

According to the people, about a fifth of the firm’s new hiring would focus on clients in mainland China, which is one of the world’s fastest-growing wealth markets despite an unprecedented regulatory crackdown that has harmed the country’s economic prospects.

Unlike some of its competitors, JPMorgan’s private banking division focuses on clients with at least $25 million in investable assets, according to persons who spoke on the condition of anonymity.

In 2021, the Wall Street bank will expand rapidly in Asia, hiring 42 additional employees in Hong Kong to handle mainland clients, raising the total number of individuals on its mainland China team to 80.

JPMorgan is targeting China’s wealthy individuals in new economy areas such as IT, biotech, and electric vehicles, with Alibaba (BABA) Group founder Jack Ma among its private banking clients in China.

A request for comment from Ma’s nonprofit foundation, which handles his media inquiries, was not immediately returned.

As countries such as China and India spawned more billionaires and millionaires, global wealth managers like Credit Suisse (CSGN) and UBS have been ramping up staff in Asia. HSBC is also one of them.

According to Boston Consulting Group’s global wealth study issued in June last year, Asia’s wealth management revenue pools are predicted to grow faster than any other market, nearly tripling to $52 billion in the next five years.

In the third quarter of last year, JPMorgan’s asset and wealth management arm had $3.0 trillion in assets under management. The bank does not say how much of that comes from Asia, nor does it break down the geographical headcount.

European stock markets fell on Monday as investors remained cautious ahead of vital U.S. inflation data release later in the week. The DAX in Germany declined 0.2 percent, the CAC 40 in France fell 0.2 percent, and the FTSE 100 in the United Kingdom decreased 0.1 percent.