LIC shares decline after the appalling debut of India IPO 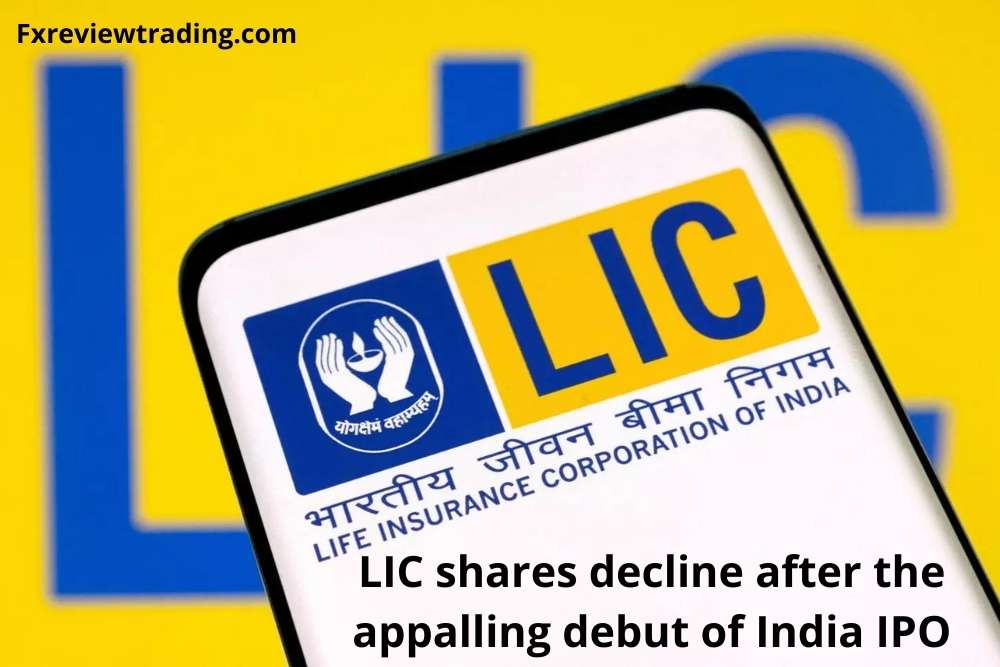 On Tuesday, shares in Life Insurance Corporation of India (LIC) fell 6% in their market debut, a new blow for the state-owned insurer after its IPO, while record-breaking, raised significantly less money for the government than expected.

As of late morning, India’s largest insurer and domestic financial investor was trading at $11.4, giving it a market value of roughly $72 billion and making it the country’s fifth-largest corporation.

The government generated around $2.7 billion by selling a 3.5 percent stake in India’s largest-ever IPO, which it had framed as the first and largest wave of private enterprises aimed at refilling public coffers.

In April, the company set a fundraising goal of about 300 billion rupees, which was then lowered from prior estimates after investors baulked at the expensive values.

LIC is the latest in a long line of Indian corporations that have seen their stock prices plummet after going public, as investors scrutinised future profitability and questioned valuations. Investors are also concerned that government demands may influence LIC’s investment selections, notably those in loss-making state enterprises.

Other major IPOs, like food delivery company Zomato Ltd and payment app Paytm, are trading at significant discounts to their initial public offerings.

With over 280 million policies, LIC is the largest insurer in India. In terms of insurance premium collection, the 66-year-old corporation was the fifth-largest in the world.

Shanghai has reached a long-awaited milestone of three days with no additional COVID-19 cases beyond quarantine zones, perhaps paving the way for restrictions to be lifted.

European stocks rose after a strong opening in Asia. Higher inflation pressures are being reported as a result of either the Ukraine crisis or supply chain difficulties resulting from China’s lockdowns.

The optimistic mood in shares had been established by expectations that the latter would lessen.