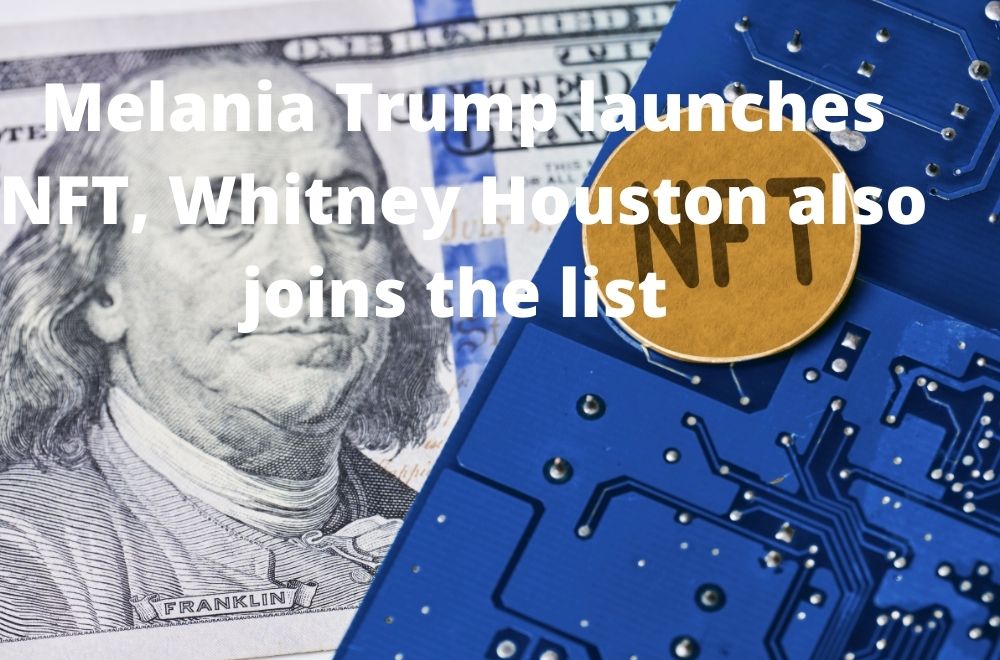 Melania Trump, the former first lady, has started her own NFT platform and released her first digital collectible, “Melania’s Vision,” which will be available until the 31st of December.

In a statement, the former first lady stated that she is launching a platform that will issue NFTs at regular intervals.

An NFT is a piece of data that verifies your ownership of digital property, such as a work of art. A video clip, a tweet, and other stuff can be included.

According to the statement, a portion of the proceeds from the NFT sales will help youngsters ageing out of the non-institutional child care system through economic empowerment and improved access to resources needed to excel in the disciplines of computer science and technology.

Danvas, a firm to assist NFT owners with physical display, received a $7 million seed round headed by Greycroft, LererHippeau, VaynerX, and others this week.

Danvas anticipates digital artwork being displayed on monitors or projections that are put up in a customised fashion with museum-quality detail and a luxurious atmosphere. Galleries and individual collectors can now join a waiting list.

Danvas’ early investors included Gary Vaynerchuk, the CEO of VeeFriends. The initiative has Vaynerchuk’s backing because he feels that display is one of the missing ties between the conventional and digital art spheres.

Recently, an unreleased Whitney Houston song from when she was 17 years old was auctioned off for $999,999 on the OneOf platform. This footage was part of the OneOf Iconic Auction collection, which includes rare photographs and films of Houston and has already sold for over $1.1 million.