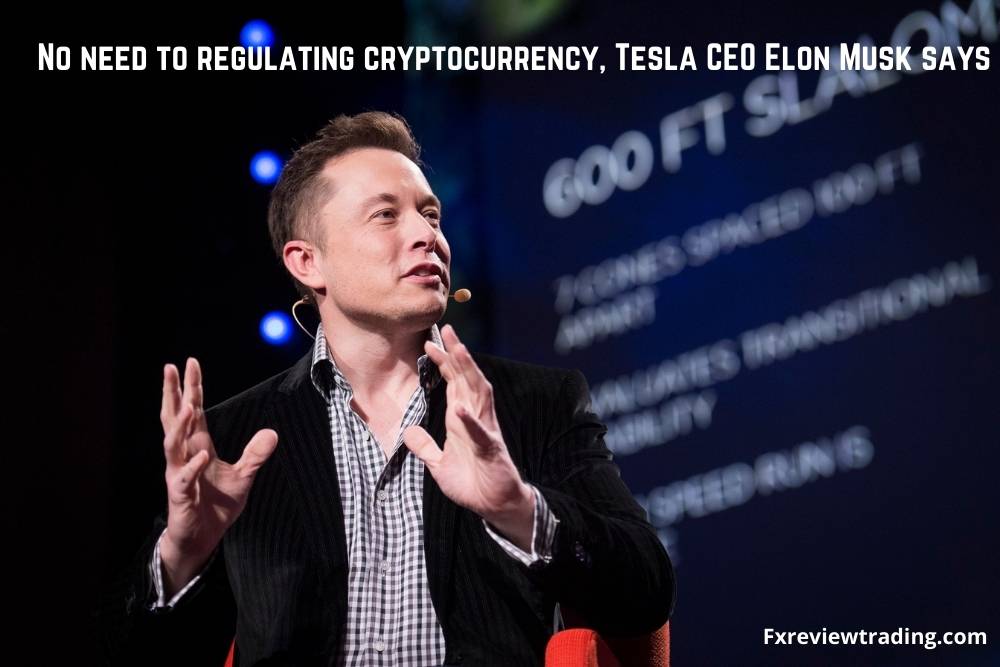 In a code conference organised in Beverly Hills, California, on Tuesday, the founder and CEO of automobile giant Tesla said the U.S. government does not need to regulate the digital currency as it would not be possible to destroy crypto. However, he said the government could slow down the advancement of cryptocurrency.

Musk replied to the journalist when asked about the involvement of the U.S. government in digital currency regulation. The reply was, “Do nothing”. Tesla’s boss clearly stated that he sees a great future in digital assets, and as of now, there is no need to regulate it by the financial authorities.

The automaker announced that it had purchased $1.5 billion worth of bitcoin and the current value of those holdings is more than $2.5 billion. However, after the price of bitcoin surged in the second quarter of 2021, Bitcoin has declined along with other popular digital currencies.

Along with his remarks on cryptocurrency on Tuesday, Musk stated that he is not a cryptocurrency expert but sees some value. He also addressed China’s breakdown on digital currency by saying that the country has major issues regarding electricity generation.

He supported the statement by saying that the government and financial authorities have to look after this issue as cryptocurrency mining is not good and requires huge electricity usage. In his reply, he addressed that South China is facing some problems of random power outages right now due to high power demand.

In the conference, Musk and columnists discussed the decentralised nature of digital currencies. In addition, the Tesla CEO raised the issue that the DeFi system associated with cryptocurrencies might be a massive problem for the Chinese government.

Cryptocurrency can reduce the centralised nature of the government because the Chinese government is targeting digital currencies, Musk said.