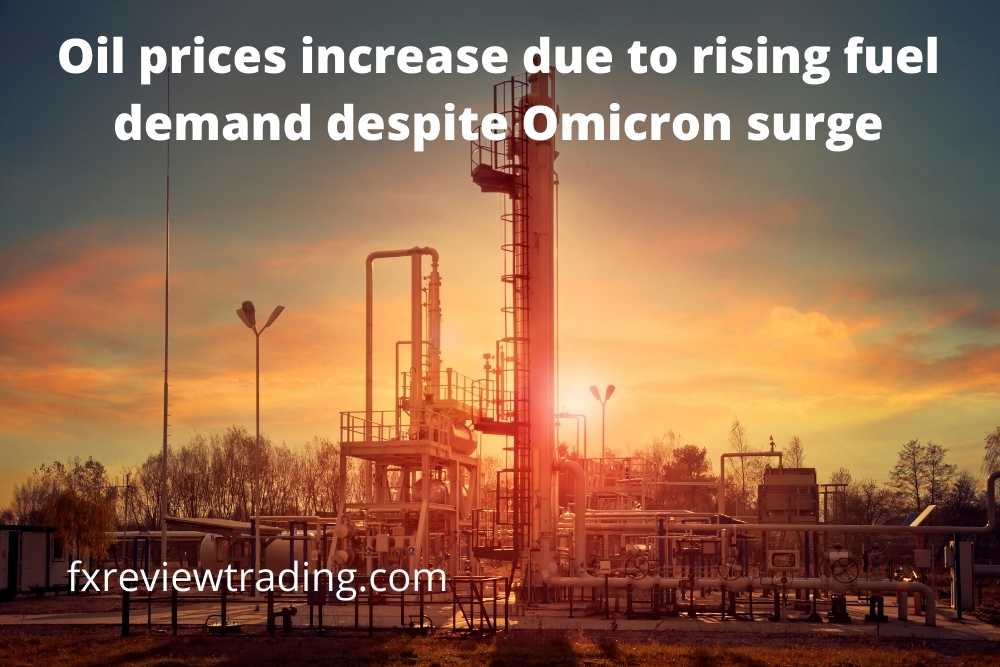 Oil prices increased on Thursday as implied consumer petroleum demand in the United States reached a new high, despite the prospect of the Omicron type of coronavirus denting global oil consumption.

Prices were also boosted by a signal from the US Federal Reserve to combat inflation before it derailed the economy.

Last week, oil stockpiles in the United States fell by 4.58 million barrels, indicating that consumption in the world’s largest economy is improving. Traders pushed barrels out of the nation to escape the impact of year-end taxes on stocks, putting exports back above 3 million barrels per day.

The latest Omicron wave may result in some limited restrictions across the United States, but lockdowns that occurred during the pandemic’s peak will not be repeated.

The S&amp;P 500 index closed near an all-time high on Wednesday, as the Federal Reserve stepped up its fight against the highest inflation in a generation by announcing that it would stop its asset-buying programme earlier than expected.

After recovering from omicron concerns in the previous session, futures in New York surged as much as 1.5 percent to close modestly higher.

Concerns about the new viral variety weren’t keeping Americans off the highways, as seen by rising gasoline consumption in the United States before the holiday season. Meanwhile, worldwide onshore crude inventories are falling, with Europe leading the way.

According to analysts, the increase reflects both predictions for a boom in holiday travel and the relaxing of supply-chain bottlenecks, which has resulted in more trucks on the road transporting goods.