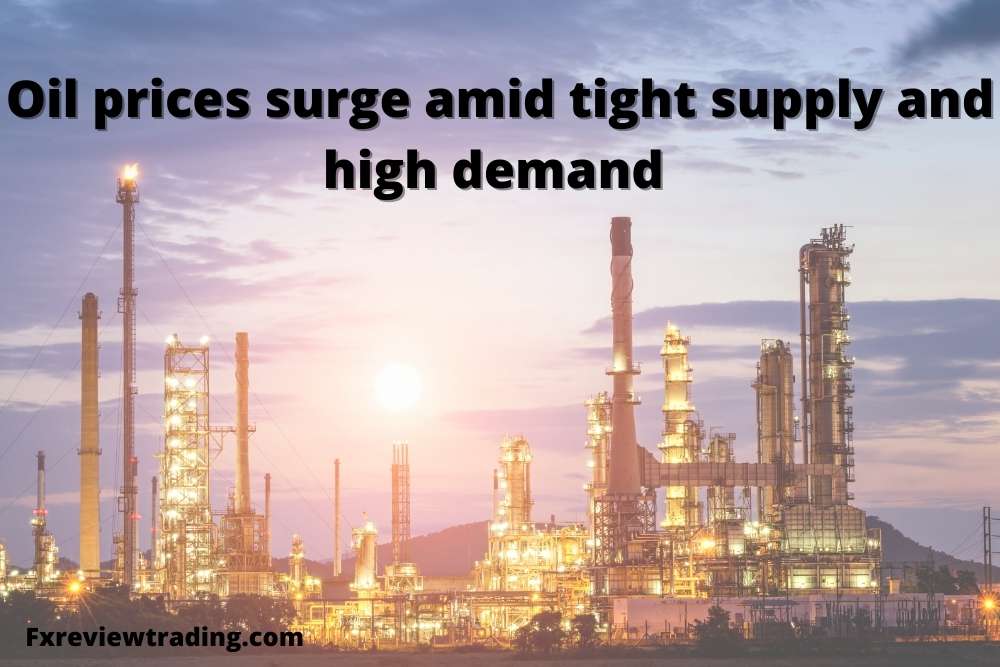 Oil prices saw a massive surge in the morning trade on Monday. They extended the pre-weekend gains. Now, they have hit multi-year highs. Moreover, the global demand is going up while the supply is getting tightened in the US and other economies of the world. Nations trying to rise up from the coronavirus slump are also making the situation worse.

Emori Fund Management’s chief executive officer Tetsu Emori said that the tone of the oil market stayed quite strong with continuous fuel demand in the US amid tight supply.

Moreover, the consumption of distillate and gasoline is also back on track after the poor and depressed fuel demand for more than a year. It is in sync with the United States’s five-year averages.

In China, the worries regarding gas and oil shortages have burgeoned oil prices. It has led European nations to switch their oil preferences to diesel for power.

However, analysts believe that there may some corrections in the following weeks because rising crude prices have triggered a sense of caution.