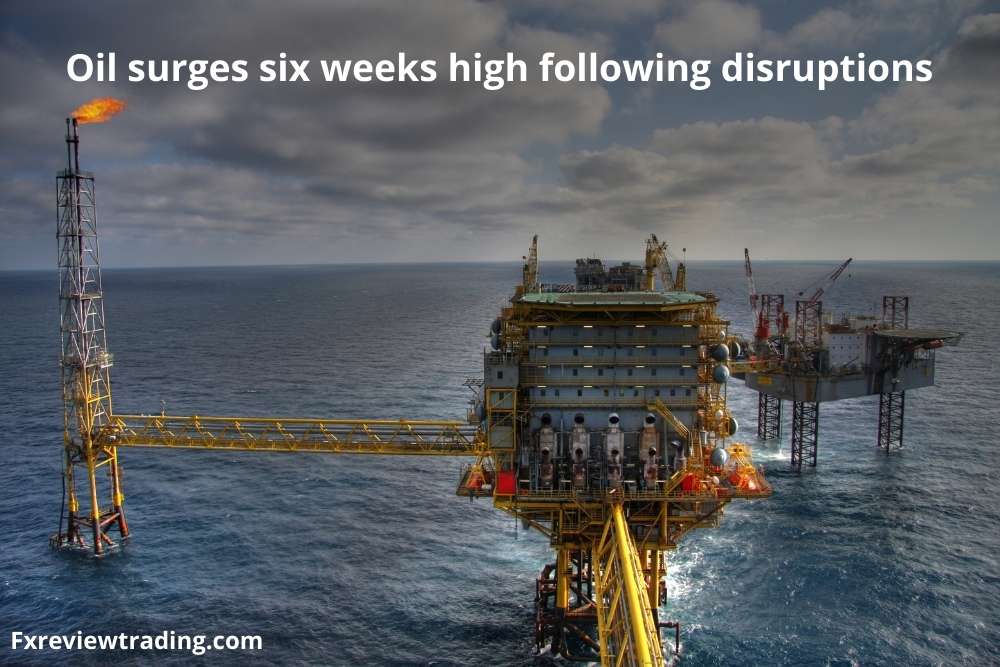 Tuesday witnessed oil surges to a six week high after the concerns over the next storm hitting the oil refiners occurred in Texas this week. Currently, the US oil-producing companies are struggling to recover from the effects of Hurricane Ida that unleashed havoc on the Gulf Coast.

Notably, the WTI has surged by 1.1 per cent, while the Brent climbed by 0.8 per cent on Monday.

As Tropical Storm Nicholas is nearing, evacuations started on Monday from offshore oil platforms like the U.S. Gulf of Mexico. The onshore oil refiners are preparing to keep the output ongoing. The speed of the winds heading towards Texas is 113 km, which is 70 miles per hour. It is threatening the coastal regions of Louisiana and Texas, which are still seeing recoveries from Hurricane Ida.

It is noticeable that as per BSEE(Bureau of Safety and Environmental Enforcement), the offshore regulator that approximately  40 per cent of the gas and oil output of the US Gulf remained offline on Monday. Interestingly, it’s been two weeks since the Ida hit the Louisiana coast.

Moreover, news of oil disruption in Libya has sprinkled salt over wounds amid the worrisome situations. The protesters have closed the ports as per an engineer. Meanwhile, NOC (National Oil Corp) stated that the Libyan oil terminals’ loading operations of Ras Lanuf and Es Sider resumed on Friday. But the contradiction has created a stalemate.

On the other side, Nissan securities’ general research manager believes that Hiroyuki Kikukawa’s price rally oil will not grow further would be short-lived.

Taking an unprecedented decision, the US government would be selling crude oil to eight companies from the emergency reserves under a scheduled auction. The companies include Chevron and Exxon Mobil it will help them raise funds for the federal budget.

OPEC slightly clipped its forecast for the world oil demand in the final quarter of 2021, following the delta variant of COVID-19. It postponed the forecast for 2022.