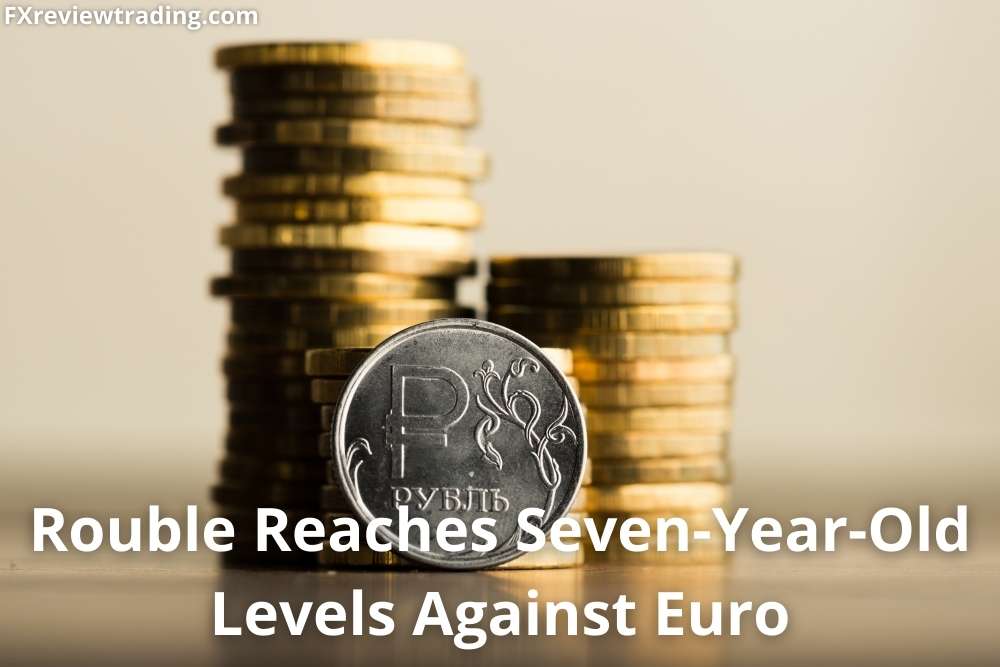 The Russian rouble strengthened against the euro and the dollar, which analysts ascribed to EU members planning to pay Russia for gas and Moscow’s capital controls.

As European companies near payment deadlines for their gas deliveries, Russia claimed on Thursday that half of Gazprom’s 54 clients have opened accounts with Gazprombank.

Opening such banks became possible after EU leaders agreed to allow member states to continue buying Russian gas without violating a series of sanctions imposed on Russia as a result of what Moscow refers to as its “special military operation” in Ukraine.

The transfer to roubles from euros in European transactions for Russian gas is one of the key reasons for the rouble’s rise. In tumultuous activity on the Moscow Exchange, the rouble gained more than 5% against the euro.

After Western sanctions froze about half of Russia’s gold and forex reserves, export-oriented enterprises were forced to convert their foreign currency receipts, which is driving the rouble.

Demand for roubles has been buoyed by preparations for month-end taxes due next week, but demand for dollars and euros has remained low due to interrupted import chains and limitations on withdrawing and moving foreign currency out of Russia.

The central bank permitted banks to sell people’s foreign cash without limits, with the exception of US dollars and euros, indicating that the authorities are ready to progressively ease capital controls.

A higher rouble would help slow inflation and benefit importers, but it will affect people who sell products and services abroad for foreign currency, resulting in lower revenues for Russia’s export-dependent government.

Russian authorities, according to analysts, are not interested in a significant rouble strengthening from present levels, and the currency is expected to drop before the end of the year.

Early European trade saw a calmer attitude on equity markets, which weighed on the dollar, assets have fallen, and concerns about the economy and inflation have risen.