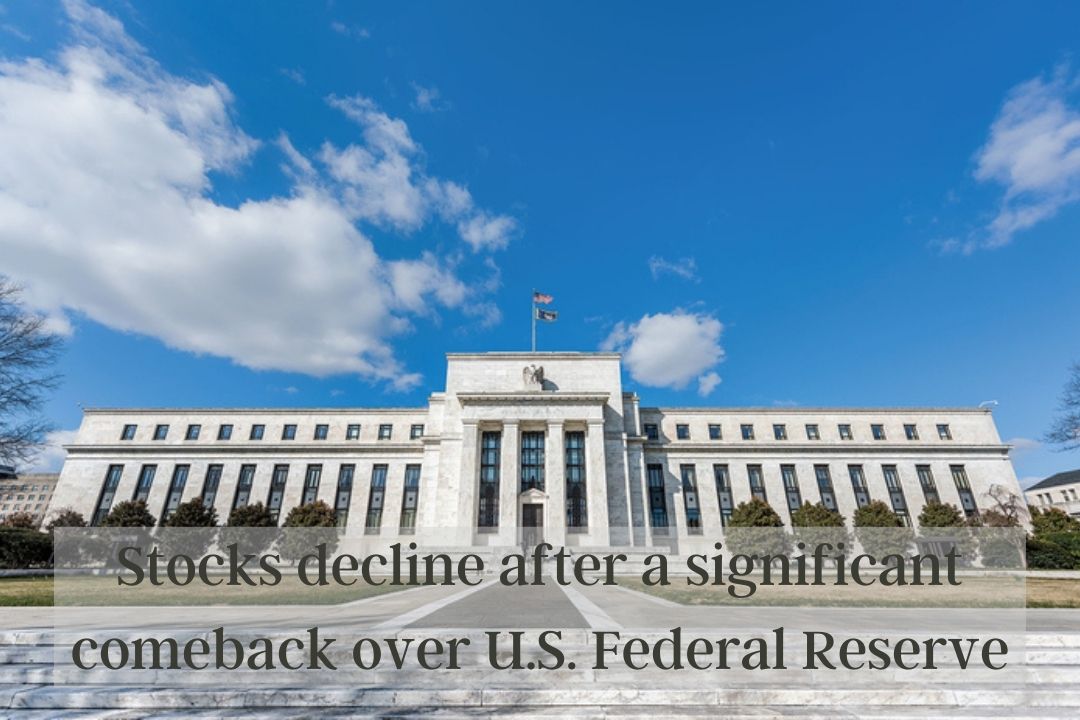 Despite a late-day rally, U.S. equities sank on Monday as U.S. Federal Reserve would raise interest rates in March prompted investors to sell riskier assets. As a result, it can push the 10-year Treasury yield to a two-year peak.

The Federal Reserve is expected to boost interest rates four times this year, according to several of Wall Street’s biggest banks, and Goldman Sachs (G.S.) believes the Fed will start shrinking its balance sheet as soon as July.

The Dow Jones Industrial Average fell almost 0.5%, while the S&P 500 dropped 0.14 percent. Technology stocks, which have risen in recent years due to low-interest rates, led the declines in the early hours of the day but rallied later in the session and left the Nasdaq Composite up just 0.05 percent.

The decrease comes after a brutal first week of the year, when a sharp signal from the Fed that it would tighten policy sooner to combat inflation, followed by data showing a solid labour market, alarmed investors who had pushed shares to record highs over the holiday weekend.

The pan-European STOXX 600 index fell 1.48 percent, while MSCI’s global market index fell 0.26 percent. Rate futures now suggest a higher than 70% possibility of a 0.25 percent raise this March and at least two more raises before the end of the year.

Inflation data from the United States is due on Wednesday, and economists expect core inflation to jump to 5.4 percent, the highest level in decades, implying that a rate hike in March is on the way. This week also marks the start of the corporate earnings season.

The dollar index rose 0.17 percent to 95.95. The euro was trading at $1.132, down 0.28 percent from its previous close. Oil prices fell, but they held on to recent gains after climbing 5% last week, aided in part by supply delays caused by turmoil in Kazakhstan.