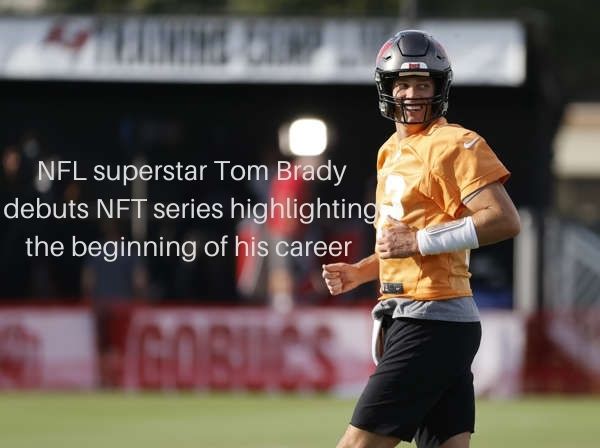 Tom Brady is no stranger to the world of NFTs, and his first collections saw tremendous sales. In addition, Brady and his supermodel wife, Gisele Bündchen, have recently been vocal proponents of Bitcoin. The two took an equity position in the crypto business FTX earlier this year as part of a long-term arrangement that pays them an undisclosed amount and type of cryptocurrency. Both also starred in a recent exchange television commercial.

Meanwhile, demand for non-fungible tokens, or NFTs, which allow art and collectibles owners to track ownership, has skyrocketed. He and his wife, supermodel Gisele Bundchen, invested in cryptocurrency startup FTX earlier this year. He gave a fan one bitcoin for returning the football he tossed for his 600th touchdown.

This Christmas season, Brady said he’ll be giving NFTs as gifts. Brady has been an outspoken crypto enthusiast in addition to building his own digital platform, which has subsequently collaborated with DraftKings and Lionsgate. In October, he offered a fan one bitcoin for returning the football he threw for his 600th touchdown.

The Tampa Bay Buccaneers quarterback is unveiling a new collection of non-fungible tokens that showcase his early career milestones using his own digital memorabilia business, Autograph, which sells tokens from sports heroes and celebrities.

Holders of Brady’s previous NFT set will be given priority access to the upcoming launch, which will begin on December 9 for the general public. Owners may unlock them on December 14, revealing a token in one of five possible styles and five rarity tiers.

High-profile players including Tiger Woods, Tony Hawk, and others have lent their support to the seven-time Superbowl winner.

Brady’s first NFT set was quickly sold out. When asked whether he had any reservations, he joked that he wanted to make sure his collection sold out before his teammate Rob Gronkowski’s.