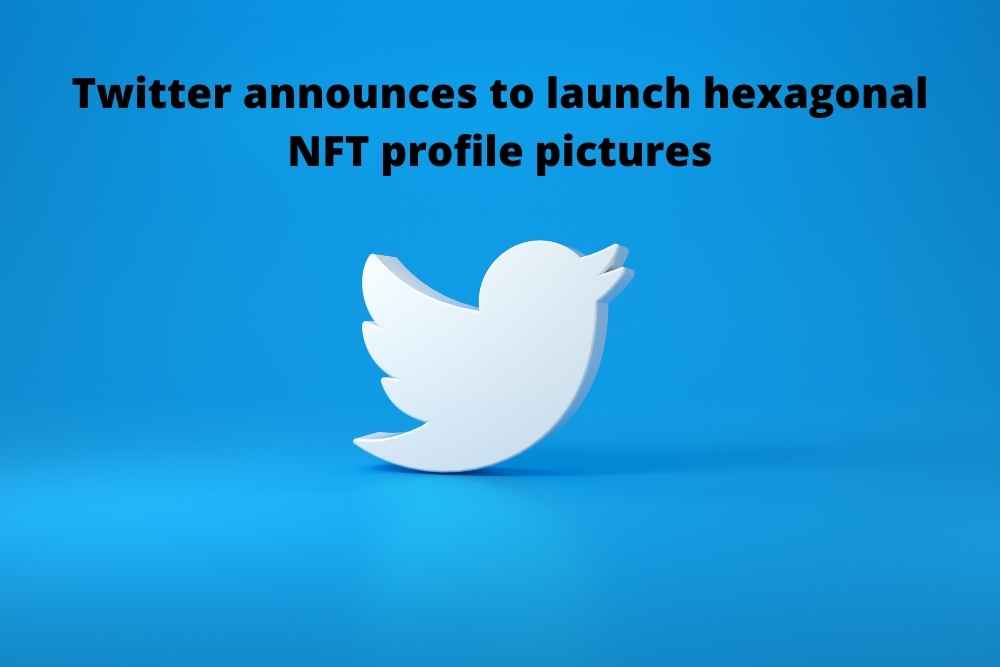 Twitter Inc. announced the debut of a technology on Thursday that allows users to display non-fungible tokens (NFTs) as profile images, capitalizing on a digital collectibles trend that has expanded in popularity over the past year.

The function, which is only available to Twitter Blue subscribers on iOS, connects users’ Twitter accounts to crypto wallets where they deposit their NFT holdings.

NFT profile images are displayed as hexagons on Twitter, distinguishing them from the conventional circles available to other users. When you tap on the images, information about the art and who owns it appears.

Twitter, like other tech businesses, is scrambling to capitalise on crypto developments like NFTs, a sort of speculative asset that authenticates digital objects such as photographs, videos, and virtual world land.

Last year, the social media site offered the ability for members to send and receive Bitcoin. As a result, NFT sales hit $25 billion in 2021. After that, however, there were signs of progress halting toward the year’s close.

Proponents of “Web3” technologies such as NFTs argue that they decentralise ownership online by allowing people to profit from popular inventions rather than having those benefits accrue exclusively to a small number of tech platforms.

The price of Bitcoin (BTC) has dropped to $38,828.17. BTC was trading between $39,000 and $45,000 earlier this week, before the price decrease. Many people feel that the BTC price drop will finish shortly, while others believe that this is not the end of Bitcoin.

The $GARI token trade volume has surpassed $100 million for the first day of trading, according to Chingari, an Indian-based short video-making app. The strength of its creator-incentive components and a censorship-free platform has been credited with Chingari’s crypto portfolio success.

In the Web2 arena, Chingari aspires to transform the world of video-sharing by overtaking Tiktok, Youtube, and Instagram.

Cardano was trading at $1.21 on the Investing.com Index at 03:29 GMT on Friday, down 10.25% on the day. Cardano’s market cap fell to 2.22 percent of the entire cryptocurrency market cap as a result of the drop.