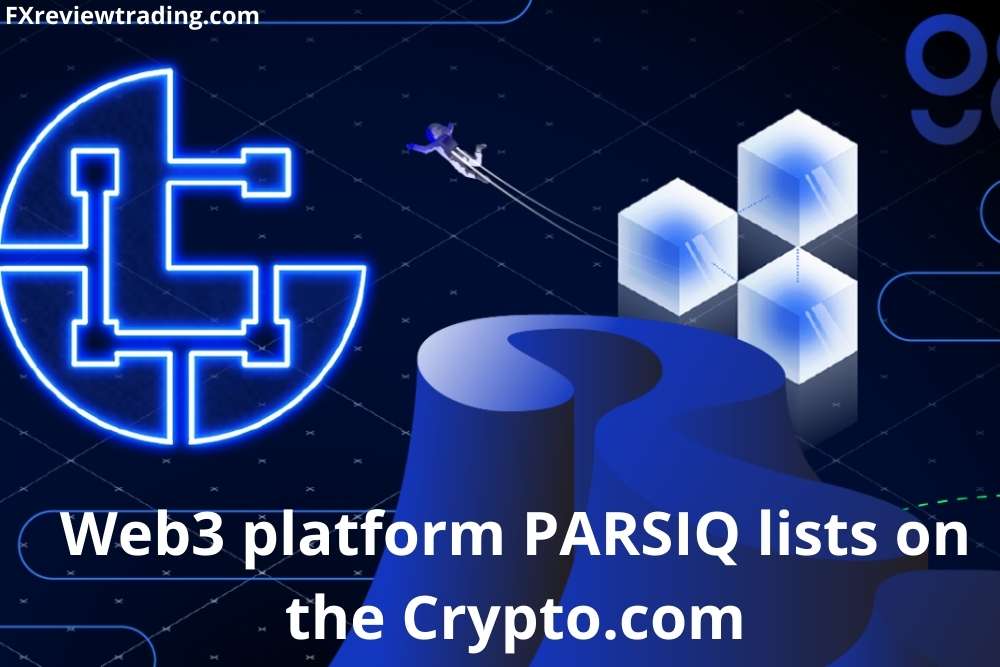 Users can now trade $PRQ tokens on the Crypto.com Exchange, one of the world’s three largest crypto trading exchanges by volume, starting today, according to PARSIQ, the Web3 monitoring, and data-automation platform.

The development coincides with the announcement that Crypto.com Capital has led a $12 million funding round for PARSIQ’s sibling business, IQ Protocol. The listing of $PRQ demonstrates PARSIQ’s and the team’s ability to provide long-term value to the blockchain sector.

This is in line with PARSIQ’s recently extended goal, which calls for the company to build on past software platforms to become the go-to backend for Web3 applications, similar to Google (GOOGL) Firebase.

The $PRQ coin, which has a market valuation of $40 million, is trading at just a tenth of its all-time highs. This trend is reversing, and there is increasing interest in key infrastructure and middleware as a result of the new interoperability narratives.

With Crypto.com’s listing acting as one of several catalysts on the road ahead, the token is exhibiting signs of a resurgence.

Avalanche (AVAX) has entered the bearish territory, with its market price plummeting by about 20%. As a result, AVAX is now trading for less than $80 per coin.

As its market cap plummets to around -5 percent, the whole crypto industry is also facing difficulties. AVAX is one of the top ten cryptocurrencies.

White Star Capital’s second Digital Asset Fund has received $120 million in fundraising. DAF II will invest in blockchain and Web3 startups as well as cryptocurrency networks in their early stages. Metaverse and NFT gaming investments are on the surge.

The fund will invest up to $7 million in diverse firms, with a focus on decentralized finance (DeFi) and gaming. Sony (SONY) Group Corporation invested $2 billion in Epic Games.

The company’s increased emphasis on DeFi, Web3, and blockchain-based technology could indicate that it will back startups who use or build Metaverse solutions.

Eden Games, a publisher of racing games, was purchased by Animoca for $15 million. By linking the digital and real worlds, the investment helps to create new forms of social entertainment.