Stocks fall before the Fed Announcement; Nasdaq is down 1.1% as Software Stocks collapse 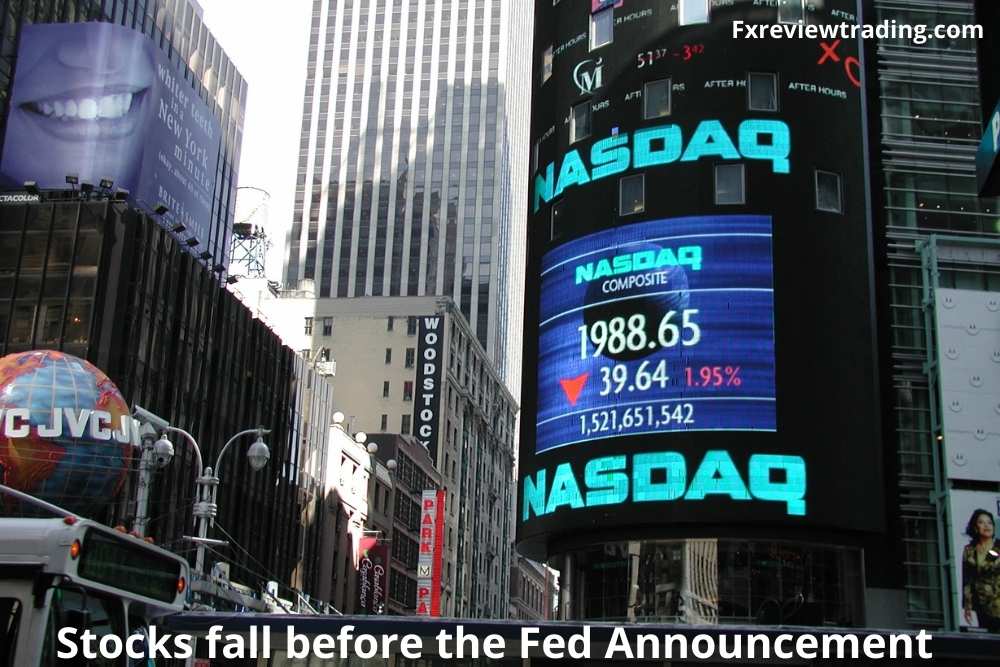 On Tuesday, tech stocks were the biggest source of weakness, though the sector pared its losses in the afternoon. The market averages were dropped by Microsoft, which fell 3.2%. Adobe, another software company, fell 6.6%.

In other news, Ford’s stock dropped roughly 1.9 per cent when it was revealed that Toyota would invest $35 billion in battery-powered electronic vehicles by 2030, a market in which Ford has wanted to position itself as a leader. According to SEC filings, Tesla shares slid 0.8 per cent after CEO Elon Musk sold another $906.5 million worth of stock. Netflix, Apple, and Amazon all finished the session in the red.

According to “Halftime Report,” Morgan Stanley chief investment officer Mike Wilson stated, “The large cap names are starting to neglect, which is exactly what happened in 2018, the last time we had sort of that rolling downturn idea.”

According to Dow Jones, the November reading for the producer price index showed a year-over-year gain of 9.6%, the quickest pace on record and higher than the 9.2% forecast by economists. In addition, the index increased 0.8% month over month, which was higher than the 0.5% forecast.

The higher-than-expected inflation reading coincides with the start of the Federal Reserve’s two-day meeting on Tuesday. On Wednesday, the central bank will state quarterly economic, inflation, and interest rate estimates.  Press Conference Jerome Powell will hold a press conference.

Investors are noticing the Fed’s comments this week to see if it wants to speed up the conclusion of its bond-buying program. The central bank’s asset purchase program is now due to finish in June 2022, although numerous officials have shown interest in ending it sooner.